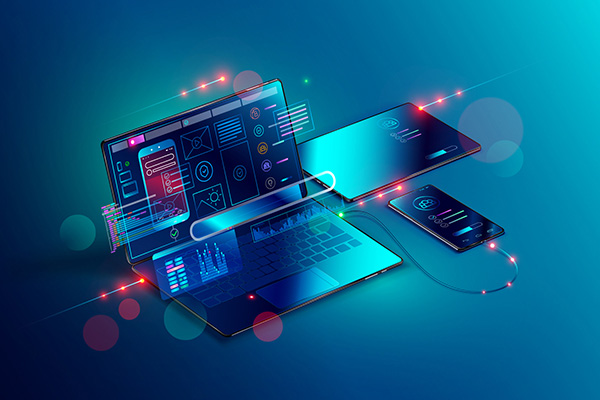 The Current State of PWAs

PWAs aren't new, but they are growing in popularity. Find out the current state of PWAs.

The Current State of PWAs

So, what's the current state of PWAs?

PWAs are a hot topic these days, yet it seems like we’ve been hearing about them for years. And we have. In fact, the first high profile mention of the concept came from none other than Steve Jobs at Macworld 2007. “The full Safari engine is inside of iPhone. And so, you can write amazing Web 2.0 and Ajax apps that look exactly and behave exactly like apps on the iPhone. And these apps can integrate perfectly with iPhone services. ”

Web apps that look like native apps: the roots of the PWA concept are right here in this 11-year-old quote. Simple, right? The irony is that Apple’s concept for these “proto-PWAs” never quite took off, probably due to the massive success of one of their next developments: the App Store.

Apple’s App Store is a central repository of applications; it has the added bonus of allowing Apple to vet and approve what you are able to install on your phone. This keeps things safe, stable, and predictable. It also generates a few bucks for Apple on the side.

So, looking back at the smash hit Apple had on its hands with the App Store, it’s easy enough to see why the PWA concept was brushed aside.

Why is it back now? Google resurrected the idea of PWAs in 2015 as a way to enhance the web experience. However, the true answer may lie in a development which occurred with very little fanfare and yet represented a seismic shift in the mobile app landscape:

Apple finally decided, as of March 2018, to support the technology (service workers) that makes PWAs possible.

From that day forward, with Safari users part of the target market for PWAs, they became more than and Android-only tool.

What’s So Great About PWAs?

If you’re not a developer who’s already up to speed on the details, you might be asking, Why progressive? What’s that all about? Are these apps with a social conscience?

Well, in this case, “progressive” simply means “new features.” Specifically, the new features in modern browsers that allow PWAs to work are manifests and service workers.

The manifest is a simple JSON file that defines the fundamental parameters of the — what it’s called, relevant icons for the app, and other basic characteristics such as colors, fonts, screen orientation, etc.

Service workers, on the other hand, are the real key to the enhanced experiences that a PWA can offer. They essentially act as a proxy between the user and the network.

They act like little javascript helpers that allow PWAs to work, such as caching data (and deciding when and how to use the cached info — say, to overcome a bad network connection), event triggers, taking care of push notifications, organizing updates, etc.

These are the things that allow a web page to feel like a native app. In adding service worker functionality to the latest iOS, Apple has opened the door for PWAs to reach, for all intents and purposes, the whole mobile market.PWA vs. App Store

PWAs are a radical departure from the app store mentality. They are essentially an extended, enhanced version of a website you might already be using.

When you visit a PWA-enabled site, you are offered the option to install the “app” to your home screen. In fact, you are giving permission to the site in question to install a few extra bits of code which enable all of the extra functionalities that a PWA offers.

Highlights of potential advantages of PWAs over normal web and native apps.

Things to Consider About PWAs

What's the Future of PWA Apps?

As you can see, there’s a great deal of promise in this new approach to engaging users on the web. There are also some tricky kinks to iron out before PWAs are ready for universal adoption. If you're currently evaluating PWAs for your organization, you might keep in mind this fact:

What Can a PWA Do?

A progressive web app (PWA) is a web site that acts like a native app. It provides a native app experience, but from a browser. PWAs can even work offline thanks to cached data. They can also provide push notifications and secure connections.

Why Do We Need PWA?

PWAs offer many benefits. They offer an app experience but don’t need to be downloaded from an app store. They’re fast. They take up less storage. They’re more user-friendly. They also have lower dev and maintenance costs.

Why Are Native Apps Better Than PWA?

Some think native apps are better than PWAs. They both have their advantages. Native apps offer a number of developer-supported tools. They are easier to monetize than PWAs. And they can be better on battery usage, as compared to PWAs.

Why Is PWA So Fast?

PWAs are known for their speed. Since they are not being downloaded from an app store, PWAs function much more quickly than native apps. With PWAs, content is accessed directly from URLs.

Perfecto can help you tests PWAs.

Automate more while accelerating tests to deliver at DevOps speed. Boost your test coverage while applying real user conditions. And do it all faster than you thought possible.

Get started for free. Try testing with Perfecto today.