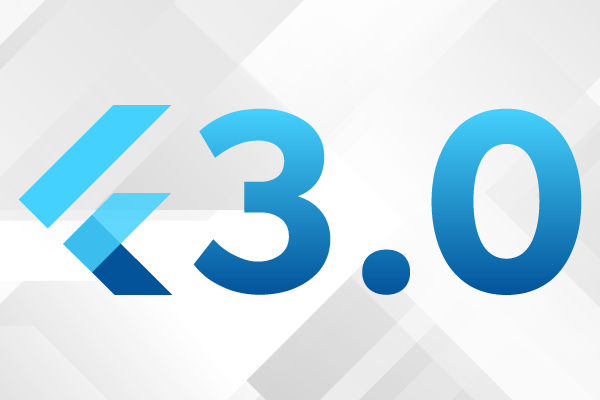 Flutter 3.0: What to Expect With the Latest Flutter Update

The latest and greatest version of Flutter has arrived. The most recent Flutter update — Flutter 3.0 — offers users a wealth of new support capabilities (including foldable phones!), enhanced app experiences, more control over app initialization, and upgrades to code review tools.

Sounds pretty great, right? Here we will dive into what it means for testers and devs in more detail.

A Range of New Support Capabilities in Flutter 3.0

One of the biggest points of emphasis for this Flutter update are all the new support features. With Flutter, you can now leverage the framework in macOS and Linux, in addition to Windows (which was announced several months prior).

What does this mean specifically for dev teams? A whole bunch of cool stuff.

Mobile and Web Application Support in the New Flutter Update

In addition to new support features across platforms, there are a few new bells and whistles when it comes to Flutter 3.0 for both mobile and web applications. First, we will look at a few things to expect from a mobile perspective.

The latest Flutter update also comes with performance updates under the hood that will make your life much easier . Enhancements to Flutter and Dart include an updated lint package, which helps fix most lint warnings automatically. You will find performance improvements featuring partial repaint on Android devices that support it, improved opacity animations in simple cases, and raster and UI threads running at higher priority on Android and iOS than other threads.

Additionally, you can now preview an experimental rendering backend called Impeller on iOS. This feature precompiles a smaller, simpler set of shaders at engine build time, so they will not compile while an app is running. You will also experience improved performance with inline ads in user-critical interactions like scrolling and transitions between pages.

Every app built with the latest Flutter update still needs to be tested. Your users are not able to take advantage of all the great new features and improvements if your app crashes. Lucky for you, Perfecto and Flutter testing go together really well.

Combined with Perfecto, organizations can release high-quality Flutter applications quickly and easily. Learn more about our platform to learn about our Flutter testing capabilities in more detail.