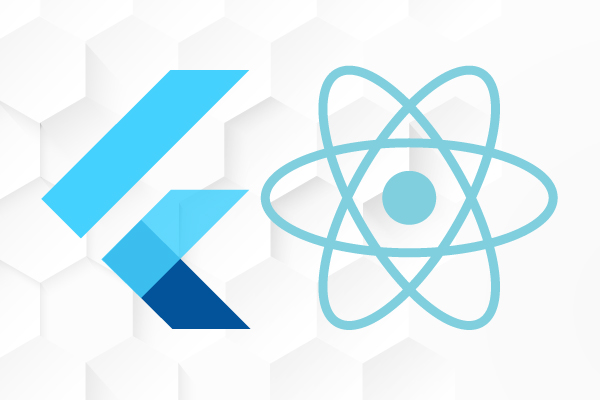 Flutter vs. React Native: The Tradeoffs

Developers today are required to build more apps for more types of devices: mobile, desktop, web, and more. To reduce friction and increase development productivity and velocity, open source frameworks for app development like Flutter and React Native have emerged. In this blog post we compare these two popular frameworks, explain how to get started and recommend when to use each one.

The Flutter framework is an open-source cross-platform solution for building mobile apps. Flutter was developed by Google and uses the Dart programming language. Ever since it was first released in 2017, Flutter has become a popular developer tool of choice.

Flutter is considered to be widely used due to its ability to leverage a single codebase for all application development - across web, mobile (iOS, Android), and desktop. In other words, there’s no need to build a unique app for each platform. In addition, it is very flexible, easy to use (mainly thanks to Dart) and has extensive open source community support and Google developer support.

The apps built on Flutter are also considered to have a good UX/UI.

What is React Native?

React Native is also an open-source cross-platform solution for building mobile apps. It was developed by Facebook (Meta), is based on React.JS and uses JavaScript for mobile app development. React Native was released in 2015, and is also a popular application development tool, which is why it is often compared with Flutter.

Like Flutter, React Native also enables app development through a single codebase and is supported by a large open source community and Meta developers. In addition, it is flexible and enables using React, JavaScript, and other platform abilities, together.

However, React Native is focused on mobile app development, i.e Android and iOS. It is also not considered to be easy to use.

All applications can be developed from a single codebase, instead of having to develop different codebases for web, mobile, and desktop.

Also known as “Hot Restart”, this capability ensures the developers see changes they make, instantly, without losing the application state.

Flutter provides developers with access to UI libraries with ready-to-use widgets. This makes the development process more agile and flexible.

Flutter has a built-in framework based on Dart. It can leverage Appium 2.0 with a dedicated Flutter driver or a unique Appium-flutter driver that was developed by the Appium community

Flutter is known to have comprehensive and well-structured documentation that can provide answers to any question.

Flutter is considered to have a magnificent UI that is easy and pleasant to use, and enables creating such experience for end-users. Widgets follow Cupertino and Material Design guidelines. All components can be animated.

Flutter has a vibrant and supportive open source community as well as Google support and back. However, not everyone agrees with this claim so make sure to review the community for yourself.

Flutter Cons: What to Look Out For

Development speed in Flutter is considered to be lower compared to React Native. This is because Flutter requires adding different code files for Android and iOS when adding complex UI elements.

When it comes to testing scope, Flutter is limited to the Flutter application under test. Testing events that happen outside the context of the application on a mobile device are not supported.

React Native development times are known to be quick.

All applications can be developed from a single codebase.

Changes are seen immediately after development.

React can be tested using Appium and/or Perfecto Scriptless Mobile

React Native’s documentation covers most popular topics and is user-friendly.

The community is extensive and supportive. Meta also provides support.

React Native Cons: What to Look Out  For

React Native provides lower performance, due to its use of Native and JavaScript. In addition, its architecture requires JavaScript to interact with native elements, which also slows it down.

Users can only test their React Native application with frameworks like Appium, a codeless testing tool, etc.

The app’s UI can be easily broken and the end-user experience is not ideal.

How to Get Started with Flutter

How to Get Started with React Native

To get started with React Native follow these steps:

Here is a table that summarizes the differences between the two mobile app development tools:

Flutter or React Native: Which One Should You Choose?

When it comes to making a choice between Flutter and React Native for your team, it is critical to consider what your team is actually trying to accomplish and what skills your team members bring to the table.

If you are looking to create multiple apps quickly across Android, iOS, etc. quickly, Flutter is probably the better choice for you. Not only are these applications faster to build, but it is also simpler to fix issues quickly with one codebase.

On the other hand, Flutter is also a bit flakier due to its more limited scope. Therefore, it is harder to automate tests for your Flutter apps. If you are looking to create a simpler application and your team already has the skills that come with building a React Native app, React Native may be a better choice for you.

Before choosing, we recommend going through the documentation of each tool and checking its support for your specific use case.