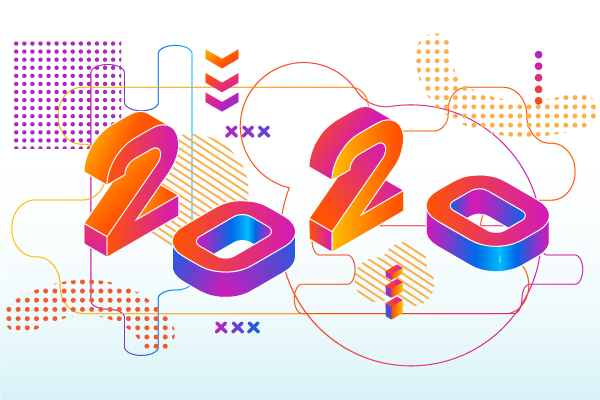 The Future of Software Testing & DevOps Trends for 2020

It’s the end of an era — literally. In the software testing industry, the last ten years have been nothing short of transformative.

One might wonder, with all the changes to technology, what could possibly be next? That’s what we’re tackling in this blog post: DevOps trends and forecasts for the future of software testing.

With cutting-edge tech comes new requirements for the unsung heroes of software and mobile applications: testing and QA specialists. These are the trends that will affect the industry and discipline of testing. Keep reading to learn more.

What Is the Future of Software Testing?

DevOps Trends to Expect in 2020 & Beyond

It’s been long predicted that AI and machine learning will make software testing better, faster, and cheaper. However, every shift takes time. We predict that in the next year, we will see AI and ML impact and improve the discipline of software testing and test automation like never before.

As artificial intelligence becomes a more integral part of test creation, execution, and automation, the type of skills required will shift. Software testing job requirements will start to include more data and analytics experience. Education in data science and deep learning will now be a key part of the software testing role.

Test automation has relieved a large chunk of the manual work associated with software testing. ML and AI in software testing will take things even further. With AI and ML, even sophisticated test cases can be automated. Where human interaction will now be required is in approving and acting on test findings.

We've seen big changes in the evolution of smartphones. But if you thought flip phones were a thing of the past, you might be surprised in 2020. There is a growing foldable phone trend that may have consumers recalling their very first flip-style phones. Several Android vendors have already launched foldable phone designs and in 2020. Even the iconic Motorola RAZR is back on the scene with a new foldable look.

With their added screen space, foldable phones are set to become big players in the mobile market. So what does this mean for testing foldable phones? It seems that every week new mobile tech advancements make the job of test engineers more complex.

In terms of testing software and apps for foldable phones, there will be an emphasis on more time during testing, to fine-tune apps for display and performance on foldable phones.

Test cases will need to be increased to account for foldable phone use cases. This could lead to longer feedback cycles and slower releases. For teams with productivity and the future in mind, it’s smart to ensure your testing lab is ready for the foldable phone influx.

Check out our webinar: Everything You Need to Know About Testing Foldable Phones

Mobile networks took major leaps in the last decade and year. A 5g mobile carrier network will soon be the new norm. 5G promises speed, coverage, “smart” connectivity, and lightning-fast streaming of media. While mobile users will experience the benefits of an upgrade from 4G to 5G, application developers will be feeling the strain. Here’s how we predict 5G will impact in the realm of testing.

Connectivity will be a huge theme in the next decade. With 5G testing, teams will need to focus on how well applications connect and operate with other devices and operating systems. Compatibility will be important not only from device to device, but also considering IoT interoperability. This focus on compatibility will require a robust testing lab.

Using network virtualization solutions, logs and HAR files and similar would prove to be very useful in covering some of the 5G scenarios.

Check out our blog, 5G v 4G: What It Means for Your DevOps Team

In the last decade the phrases “Hey Alexa” and “Hey Siri” went mainstream. Voice driven devices are a staple part of many homes and mobile devices. When we want directions to our next location, the safest and easiest path is to ask Siri or Google, so we get a hands-free, voice directed route to our destination. Voice technology has improved drastically, and the next step is a richer user experience that expands beyond basic voice commands and questions.

While most people use Siri, few mobile apps actually have voice command features. We expect most apps to start integrating voice commands. Every app we use will have a voice command option from your banking app to your favorite social network.

Given that voice technology is on its way to full infiltration, open source frameworks for test automation will mature to support testing of voice commands.

Check out our blog, How to Automate Conversational UI and Voice Interface Testing

For testing teams, the addition of no code tools means there will be added nuances in testing software. We expect that the low and no code trend will create the need for more test cases and wider coverage.

With no and low code development tools, there will be more software developed. The barrier to entry will be lower and the path to idea to product launch will be faster. This means there will be a need for even faster feedback in testing. Smart test automation platforms will be a major support to faster feedback.

Check out our blog, What Is Codeless Test Automation?

In the last decade several technology categories accelerated beyond expectations like mobile devices and social networks. However, the internet of things did not mature the way some had predicted. The reality is that the value of IoT was tough to validate and the tools to support IoT have not been solidified yet. In the next decade, we forecast movement in the industry of IoT.

With the help of 5G networks, finally IoT technology will have the connectivity it needs to go mainstream. We predict IoT will make its mark in healthcare, finance, and in smart cities.

When IoT finally takes hold, testing of IoT applications will be challenging without a highly sophisticated lab. It’s already complex to test the variety of OS and devices available today. When smart devices are added to the lineup it will be almost impossible to replicate conditions without a smart lab in the cloud.

One of the main web advancements over the past 1-2 years was the development and adoption of progressive web applications. Google initiated PWA with many organizations following. A PWA offers the convenience of a mobile app and a desktop website in one. Without going through the app download process, mobile users can experience a PWA seamlessly.

In terms of the future, Gartner reports that 50% of all native apps will move to be PWAs by 2020. This means mobile testing must be ready for PWA testing to be a large component of test cases and coverage.

Check out our blog, Your Guide to Testing Progressive Web Apps

The move to DevOps was a prominent change this decade. And while the maturity of DevOps is not where many enterprises would like, there have been important strides made. Shift left testing prompted faster feedback, and coverage is more thorough. Here’s how we predict DevOps will evolve in the next decade.

More investment will be made into cloud services and test automation. The effort will move DevOps into a more continuous deployment machine. Technology that favors the continuous nature of development and ongoing data to assess success will be the focus.

In order for DevOps to become continuous deployment, people must be the biggest driver of change. Teams will need to work together to blend skillsets across departments. With the help of low code technology, everyone in the organization will have a hand in software development and testing which will lead to fully continuous deployment.

There’s no telling what the future of software testing holds. But with so much change on the horizon, you need a solution to support end-to-end continuous testing.