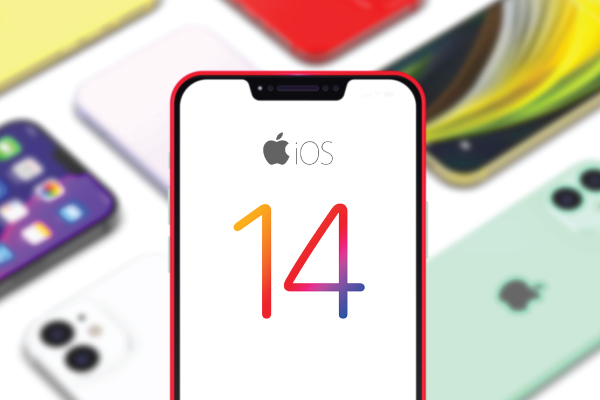 iOS 14 is in public beta. And that means app developers need to catch up with new changes already breaking business-critical apps. Read more to learn some of the identified iOS 14 app glitches and their classifications.

6 Examples of App Issues With iOS 14

First, let’s look at an example from Metro Bank UK. Their app works perfect on iOS 13.6. However, it does not work on the iOS 14 beta. 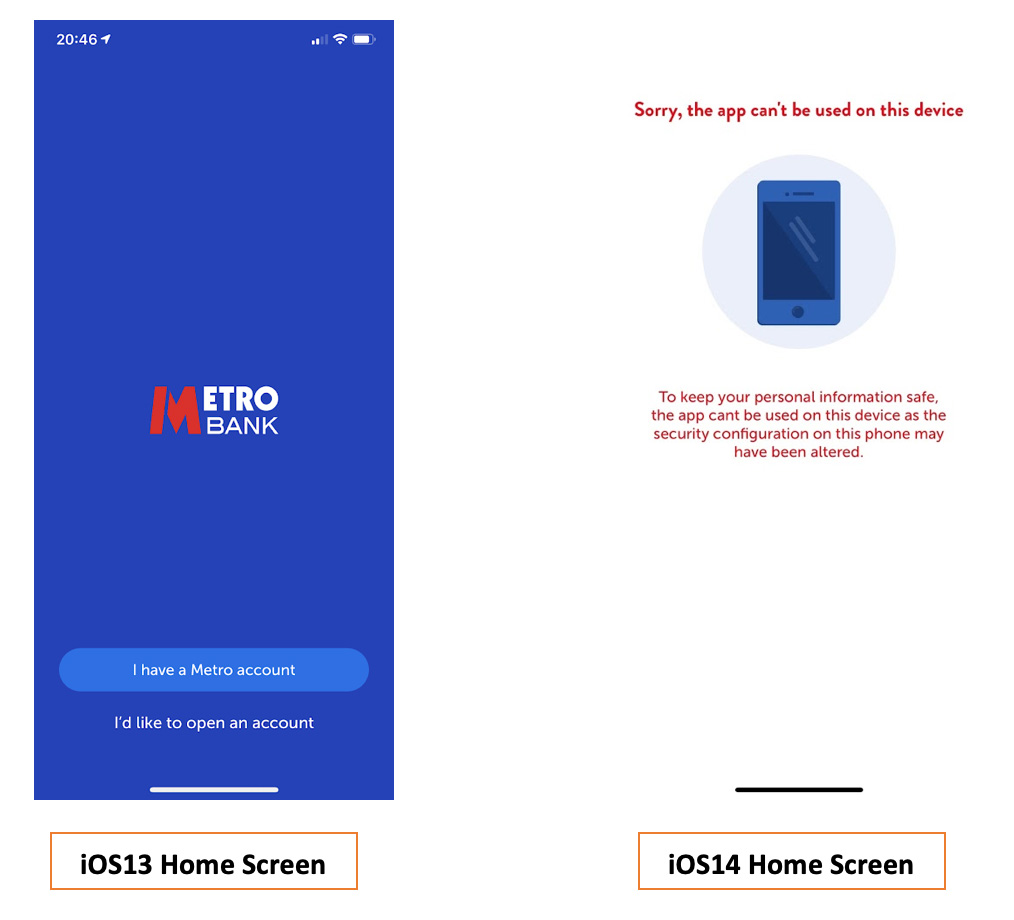 This problem was already reported to the bank. And it made negative noise across their social channels. The bank is now looking into this issue. In this circumstance, it is important to understand the root cause of the error, and learn through the device logs the different application flows on the new OS that cause this critical defect.

The Amazon Music app works perfectly fine on iOS 13 devices. It plays the music that users select as it should. However, on iOS 14, login is successful but most clicks on songs cause the app to crash.

Here again, Amazon developers ought to examine the device logs at the point where the music is launched and validate the differences between the two OS versions. This will help them get to the root cause of the issue prior to the GA of iOS 14.

The USAA app has a significant UI glitch in the login screen where the text fields are truncated by the app background (see the below screenshot on the right). There may have been changes to the UI Kit on iOS 14 causing this behavior, since these are the same two apps on two different OS versions. 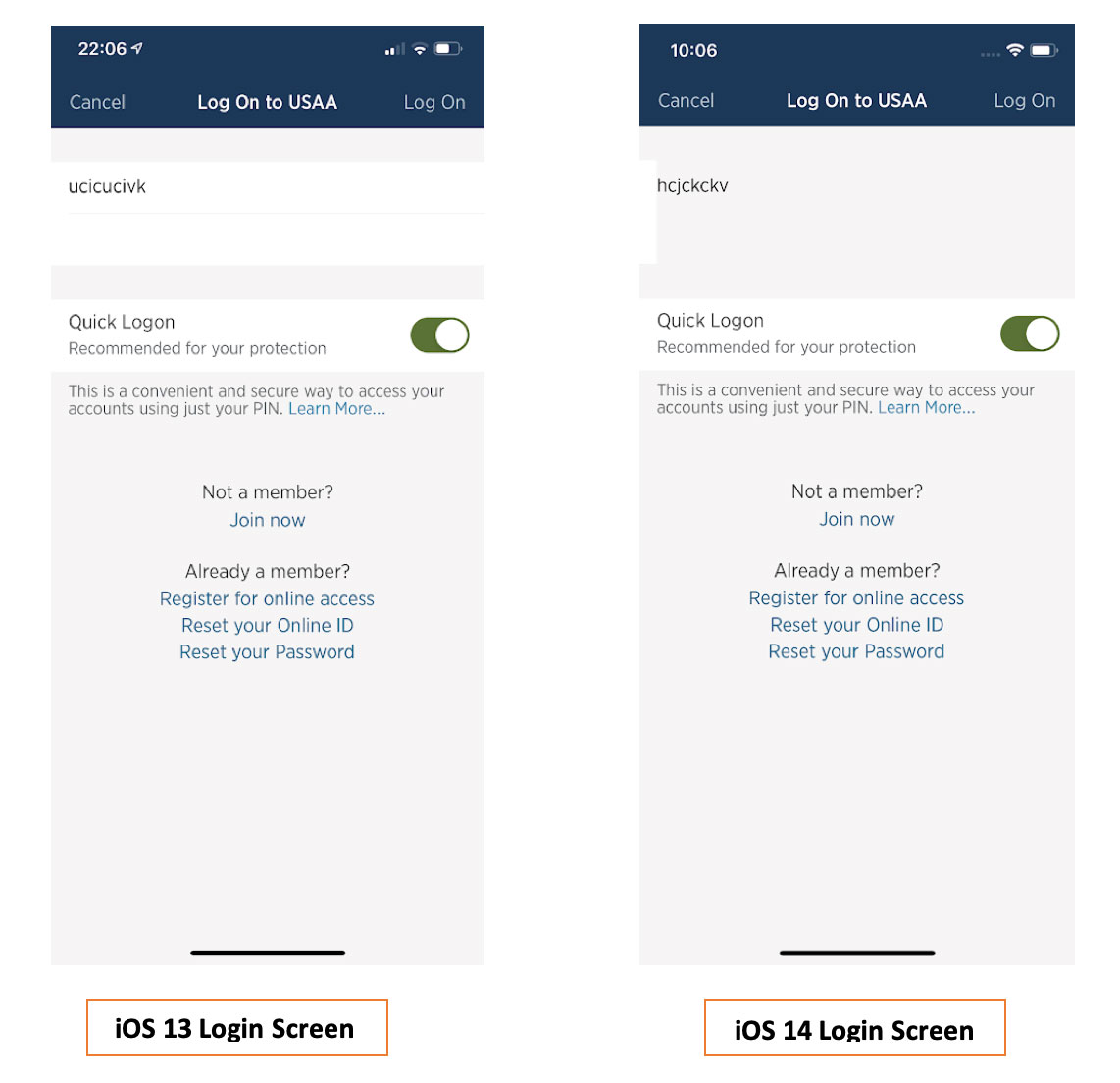 The Bank of Colorado app launches fine and works on iOS 13 devices. However, it crashes upon the launch on iOS 14. In some cases, the app makes OS validations for jailbroken OS versions and other security checks. However, this app did not throw any security error, or anything related to the device OS, which might mean there is a real functional defect in this app.

The Lowe’s Home Improvements app works on iOS 13 and crashes on the last step of the wizard in the login screen, which is clicking on login as a guest or creating an account option. Here again, developers must look into the entire login screen logs across the two OS versions and understand what has changed in the flow, APIs, etc.

When running the app on the Perfecto cloud, and looking into the crash logs, it seems like the crash is due to high memory usage on the iOS 14 device (jetsam on memory page size). 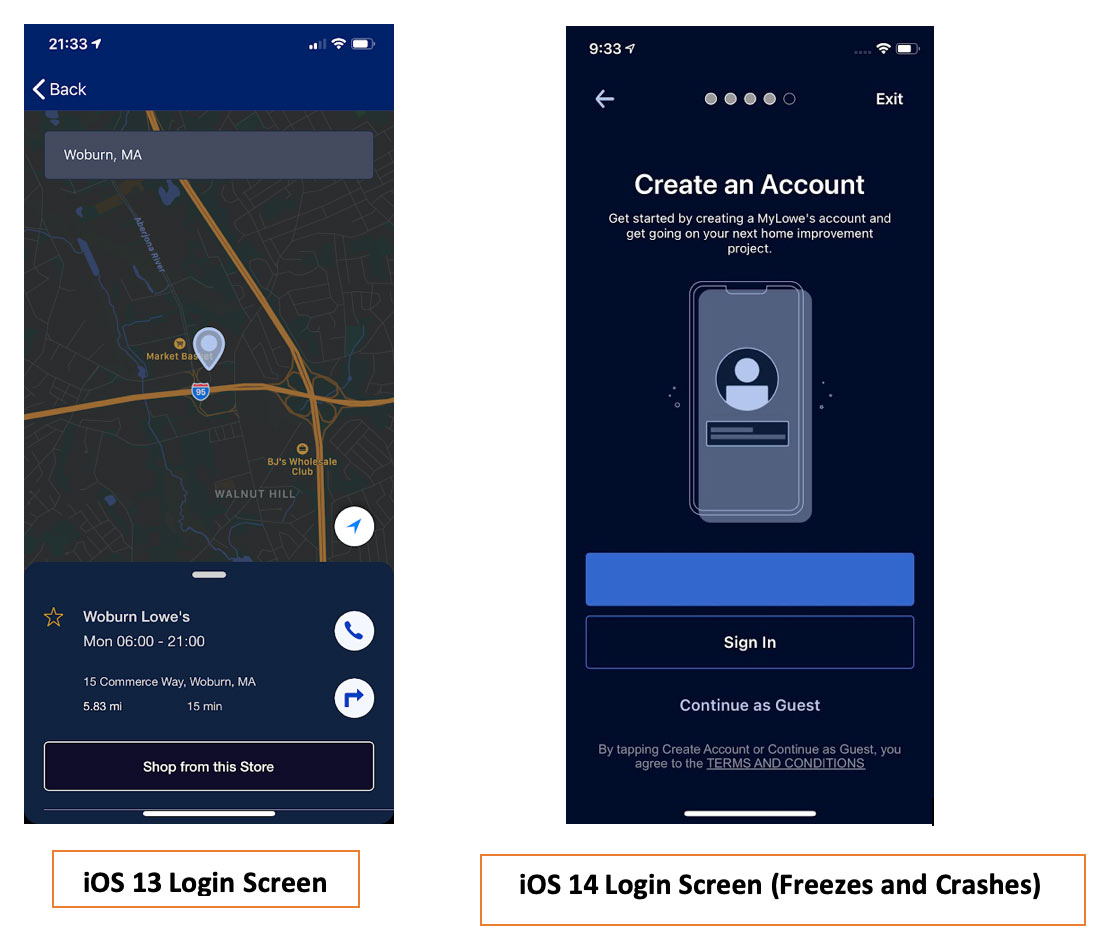 Lastly, another UI issue was spotted on the Southwest Airlines application. Similarly to what we experienced in the USAA app, this app also has a major issue on the login screen, where the entire user name/password text fields are painted in the background blue color, hiding the user inputs. Developers should again look into the UI Kit changes in iOS 14 and understand what changes need to be made to the app so this is resolved. 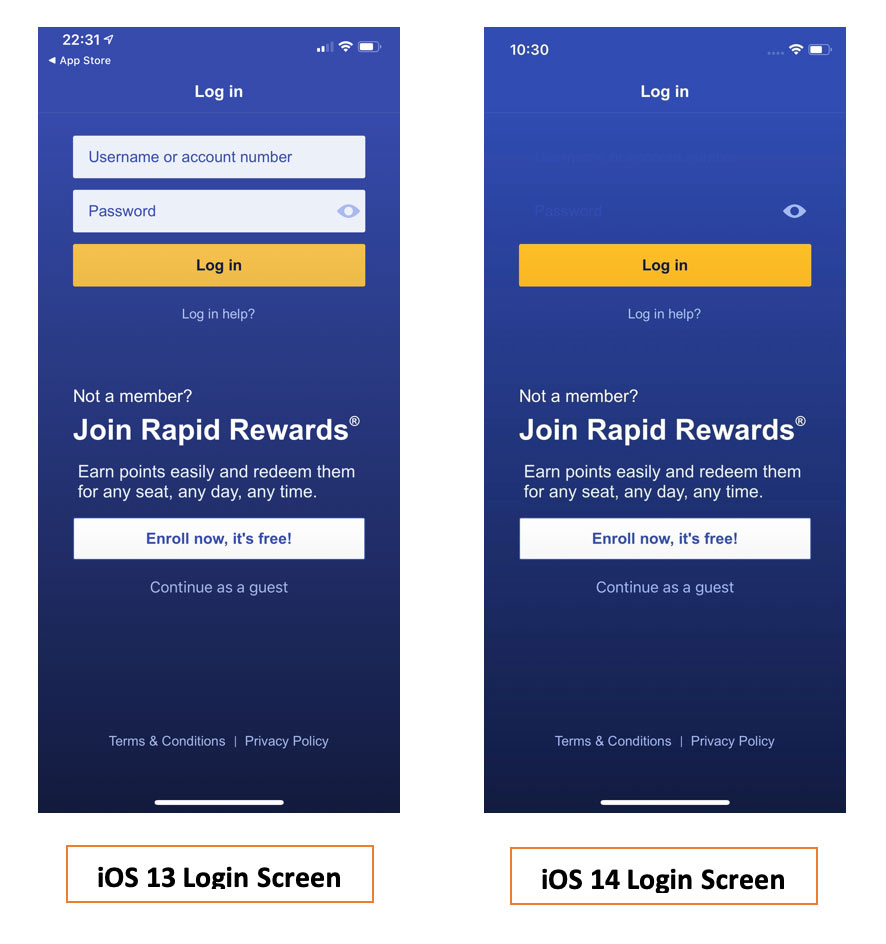 It is important to start testing your app functionality, security, performance, sensor-related functionality (network, location, camera), and UI for immediate regression defects, and address them prior to the upcoming GA.

Perfecto offers immediate access to both iOS 13 GA and beta versions, as well as all iOS 14 betas for early access testing. Within Perfecto you can obtain device logs, vitals, cross-device visual comparison, location based testing, audio testing, and more either through manual exploratory testing or via automation with popular frameworks such as Appium, Espresso, and XCUITest.

Give it a try today. Start your free Perfecto trial.