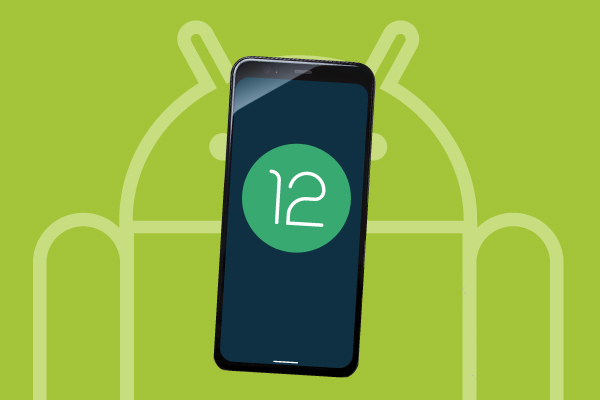 Android 12 Release: What to Expect & How to Prepare Your Apps

New release season is upon us, and up next is the Android 12 release. Will your apps be ready to perform on this new OS?

This blog will walk you through the new features of Android 12, its anticipated release date, and how dev and testing teams can prepare their apps ahead of time.

Before the official Android 12 release date, Google releases developer previews. Currently, there are two dev previews available for testing, review, and feedback. We can expect further developments in the beta version, which is expected to be released in May 2021. Then, Android 12 will be officially released in September 2021.

Android 12 now supports AVIF, which is an image format recognized for its superior image quality over JPEGs without the penalty of a larger image file size.

We saw updates to the notifications panel in Android 11. Changes continue in Android 12. The bar, which used to have transparent spacing between buttons, now has a translucent background.

Android 12 will provide a new button to snooze selected notifications. The order of default Quick Settings tiles has changed.

And users now have the option to reduce bright colors, which is an accessibility feature to adjust screen brightness on top of standard brightness controls.

Android 12 will introduce a transcoding layer that allows more apps to take advantage of video compression, regardless of HEVC support.

Media takes up more real estate in Android 12. Users now get a larger media player with bigger graphics. Users can also determine which apps appear in the media player in their settings.

Android 12 will feature a new API that provides users with more media options in the keyboard, clipboard, and drag and drop. This will make it easier and faster to share images, videos, and audio files.

Sharing Wi-Fi is easier than ever on Android 12. Users can share Wi-Fi by simply scanning a QR code. And Wi-Fi passwords can now be shared via the Nearby Share function.

Android 12 offers emergency features right on the first page of the device’s settings. Some countries will offer a Crash Detection function. And by pressing the power button five times, the device will call a local emergency helpline, such as 911 or 112.

It’s easier than ever to adjust the accessibility settings on Android 12. Settings such as Font Size, Display Size, Color Correction can now be found under Text and Display settings.

Android 12 gets a big usability upgrade by pushing elements on the screen lower, making it more central and accessible for those using one hand.

Android 12 introduces the ability to redirect haptic feedback data from the mobile device to a gaming controller or gamepad.

Android 12 will introduce support for SameSite in WebView, which allows developers to determine whether a cookie should be restricted to specific websites.

How Testing & Dev Teams Can Prepare for the Android 12 Release

A new OS is exciting for Android users. For dev and test teams, it’s an entirely new platform that needs to be thoroughly tested.

Leading up to the official Android 12 release in September, teams need to be testing on the dev previews and beta releases.

By testing ahead of time, teams will ensure that the new features and enhancements on Android 12 are compatible with their apps. Testing now buys more time to unveil potential regression defects too.

Because developer previews are limited to Google Pixel devices, start testing on these now. While far from perfect, this will give you a good sense of your app functionality and performance — as well as compatibility with Android 12’s new UI and features.

Given that the Pixel devices will be first in market to support Android 12, it is critical for you to have these devices in your lab for testing.

Remember, not all devices will support Android 12. Because of this, you’ll want to ensure that Android 11 is still compatible with your apps.

You can learn more about device usage in your geographical area to ensure complete test coverage on the most widely-used devices. Get this data in our Mobile & Web Test Coverage Guide.

Get Ready for the Android 12 Release With Perfecto

Perfecto is ready to help you hit the ground running with Android 12.

Thanks to Perfecto’s same-day access to new OS and device releases, you can rest assured that your apps will be defect-free for the big release.

In fact, Perfecto guarantees launch-day access to every new release — like Android 12 and iOS 15. Even before each release, you can test on beta versions in the Perfecto cloud.

That way, your apps are ready for the official release — with no downtime or defects.

Learn more about the supported platforms available in Perfecto’s testing cloud And check out our comprehensive list of devices available.

Ready to get started? Sign up for a 14-day free trial, or start testing on Android 12 right away with flexible monthly or annual subscription plans. These subscription plans allow for instant access to the Perfecto platform, starting at just $83.