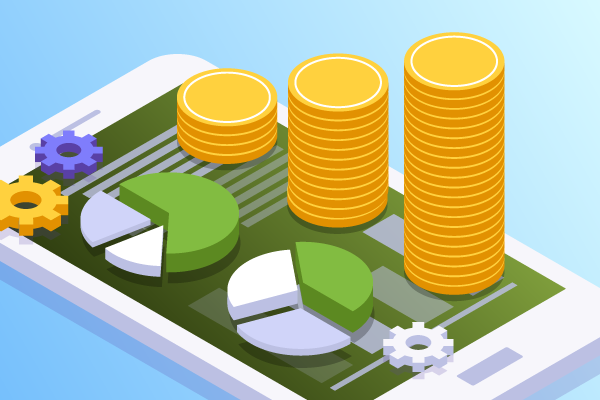 “Our testing is taking too long.”

“It feels like our tests are always in maintenance.”

These are just some of the complaints that testers and managers alike have when it comes to seeing value from their software testing budget. As agile and DevOps have become mainstream in recent years, QA has taken up to 35% of IT budgets worldwide. Now, managers and executive teams must ensure this budget is put to good use, whether through increased efficiency, or faster software releases that lead to a higher quality product.

If you are now asking yourself, “Am I getting the most value out of my testing budget?” fear not. Here are some areas where you can look to reduce your total cost of ownership (TCO) of software testing to take advantage of the funds at your disposal.

Examine Everything Being Tested Manually

Too much of the wrong kind of manual testing will strain any software testing budget.

But, according to Perfecto’s most recent State of Test Automation report, the average test automation coverage is less than 50%. For a strong DevOps environment, organizations must strive for 75-80% test coverage.

Even achieving 50 percent coverage with test automation is a great step in the right direction. For comparably little effort, there is a lot of room for improvement!

The role of a manual tester is to test the boundaries of an application, mostly through exploratory testing. This encourages creativity amongst testers who are already familiar with most of the product’s business flows. Manual testers should not dedicate their valuable time or resources to repetitive tests that can easily be handled by an automated testing tool. Finding the correct balance between manual and automated testing will help your organization get the most value out of its software testing budget.

Sure, there are ways to avoid test automation. In fact, Perfecto customer IGM Financial considered moving their testing offshore to lower test execution costs. But they found that manual testing alone, regardless of where it was done, could not reduce the cost enough to sustain their goal of continuous testing.

Match Automation Frameworks to Your Skillsets, Not Vice-Versa

Another way to reduce test execution time is by choosing the right mix of test automation frameworks for your organization, such as Selenium or Cypress. Both are great options for web testing, with Selenium being known as the de facto framework for companies looking to speedily run tests on their web application.

Cypress is growing in popularity as well, and is especially known for its response time of less than 20 MS.  This eliminates downtime and the need to manually trigger subsequent tests.

Get your developers testing earlier when the cost of failure is low. This is also known as shift-left testing.

A great way to do this is by having your developers test on simulators and emulators. These are cheaper, virtual machines that are developer-friendly, which allows them to test at early stages of mobile app development.

These virtual machines (VMs) operate twice as quickly as any other cloud solution, saving funds that your team can use to scale even further. Plus, fast feedback loops from simulators and emulators help the development team create better code without interrupting workflows.

Additionally, another reason why Cypress is gaining in popularity as a testing framework is because it is written in JavaScript and based on Mocha and Chai. Since JavaScript is the main language used by developers to develop websites, choosing Cypress as your automation framework is another great way to empower your developers.

With the steady cadence of tests in continuous testing, lowering your cost per execution becomes a major factor in getting the most value out of your QA budget.

There are many factors to consider when it comes to determining the overall cost test executions, such as the size of your test suite, number of environments, device/OS permutations, number of applications, and cadence.

Executing tests in parallel through a commercial vendor can help reduce test execution costs dramatically. Not only do they allow for running multiple tests across different browsers or devices simultaneously, but they also facilitate a more stable test execution and automation environment. After considering offshore testing, IGM Financial ultimately found that with Perfecto, they were able to reduce the cost of a single test execution from $9.00 to $0.91.

Test Only What Matters to Your Users & Location

For example, according to Perfecto’s most recent Mobile & Web Test Coverage Index, your company should test primarily with Apple for US-based users, while Samsung is much more critical for users based in the Netherlands. Additionally, it is important to consider other market trends, such as APKs and App Clips.

All software teams need to tackle test maintenance at one point or another. Test flakiness is a common phenomenon, especially with Selenium, due to the tests’ incorrect object identifiers. Tests that do not identify test elements correctly break, requiring a lot of maintenance that drains time and testing resources.

One way to reduce test maintenance is by creating self-healing tests that locate these elements more accurately. Tools like Perfecto Scriptless come built-in with AI-based, self-healing technology, which can overcome application changes automatically. This reduces the time spent on test maintenance dramatically, freeing up testing resources to test an application more widely and in-depth.

If you are using a DIY lab, then you know how much work and upkeep it takes to miss defects, maintain your devices, and other assorted issues. The right cloud-based lab vendor will offload all this work.

Perfecto’s device lab is one such commercial option can help achieve proper test coverage, by offering thousands of devices (both mobile and web) through an enterprise-grade testing cloud.

We test to find out what’s not working. But deciphering a test report is a job all its own. A lot of time and energy can be lost or misdirected by:

There are ways to increase efficiency in deciphering your test results as well, whether through root cause analysis or by using machine learning to separate false negatives from real failures. This makes for quieter and more productive testing.

Invest in Tools That Get the Whole Team Testing

In addition to not having proper test coverage, another major drain on the QA budget stems from not using all your existing human resources that are involved in QA. This is especially true of business testers, who know the business well but often do not have the coding skills to be involved in the software development process.

To make the most of your QA budget, it is important to invest in the tools that your team can actually use. From the least technical business tester to the most technical developer, everyone should be able to work together on the same platform. In the case of business testers, investing in a codeless test automation or scriptless automation tool, like Perfecto Scriptless, is a great way to combine business testers’ skills with simple and reliable test creation. Yet Perfecto offers code-based testing as well for the developers or SDETs on the team. With a platform like Perfecto, teams can handle every aspect of testing in one place.

There are various ways to put your organization’s testing budget to good use, from lowering your cost per execution to investing in tools that match your team’s skillset. With these tips, both testers and managers will feel their testing-related complaints get put to rest.

Make the Most of Your Software Testing Budget

Learn how Perfecto can help you get the most value of your application testing with test creation for all, fast execution, and intelligent reporting and analysis.