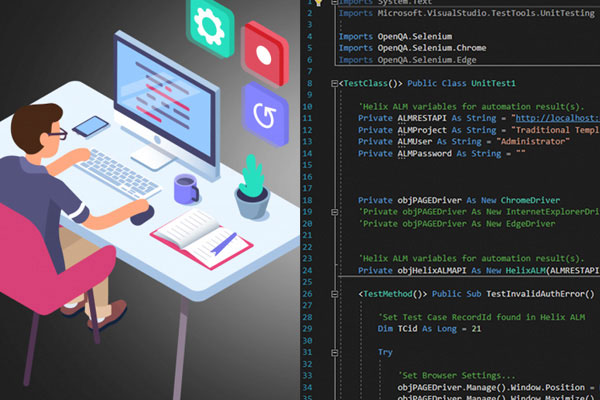 Selenium vs. Codeless Automation: Which is Right for Me?

Codeless or Selenium test automation — which is better for your team? Here we compare the biggest differences to help you choose.

Testing with Selenium is the de facto choice for web testing. But it is notoriously complex and can only be performed by a developer.

Codeless automation, meanwhile, is growing in popularity. It is popular with both:

So which approach is best for your team? Here, we explore the differences across 3 categories.

Developers who run Selenium automation testing must have superior coding and code development skills. These tests typically take longer to develop than standard tests — about 6 hours per test. And they are more complex. So, developers need to have a more advanced skills set.

What’s more, test scenarios are typically less structured and more exploratory. The time to author is much shorter. Codeless automation testing takes about an hour on average per test.

For QA teams, codeless cross-browser testing takes the complexity out of writing test scripts. So, they can create and execute fully-automated test scenarios without coding.

For developers, codeless automation testing makes test creation and execution substantially faster — even for the most complicated test scripts. This allows developers to save time and focus on product development and innovation.

Codeless is faster and more accessible to all team members than Selenium.

Selenium test execution is either done locally via Continuous Integration (CI) or through CI in a cloud-based environment. The environment is configured using tools like TestNG Data Provider. Tests are also managed and maintained in a version control tool such as Git or Perforce. Any changes to the tests need to be done manually as the website changes.

A codeless testing solution supports self-healing. This means updates and changes to test scripts are made agonistically. Scripts can continuously run and fix themselves without disrupting operations.

Codeless Selenium tools are able to learn the website DOM object tree. This means any changes to objects are caught by the tool. They can be resolved in the background without impacting ongoing and scheduled test execution.

Because Selenium testing has been in the market for over 10 years, the tools needed to carry out such testing are highly mature. Solutions typically include samples and have a standard set of best practices and a means of documentation.

In contrast, we find that codeless automation testing tools are less mature since they are quite new in the market. However, these tools are powered by emerging technologies such as artificial intelligence and machine learning.

It is these capabilities that make it possible for Perfecto Codeless to automatically self-correct errors in code. Perfecto Codeless also complements testing areas where Selenium would either require longer time to address the error — or cannot deal with it.

Both solutions offer different advantages to developers. When determining which solution to use, it’s important to consider the skillset of the team running the tests and the end goal.

Codeless Selenium offers a great opportunity for both business testers and developers. They can close test automation coverage gaps and complement the Selenium test code that is already in place.

Here's how to be successful in adopting codeless and embedding it into the DevOps pipeline testing activities. Teams ought to identify the right test flow candidates that can be done via codeless. They'll need to ensure that the tests are stable — and that they do not duplicate existing Selenium code. They also need to be sure to include them in the existing CI/CD activities.

In addition, organizations should remember that codeless automation testing will never completely replace all manual testing. There are always going to be some tests that need the “human touch,” or to be monitored much more closely. It is the combination of code and codeless tests that will ultimately result in teams achieving success and meeting velocity goals.

Perfecto enables you to do codeless and Selenium test automation.

Get started testing with Perfecto today. Perfecto integrates with Selenium. And Perfecto Codeless enables you to leverage cutting-edge codeless testing.

Perfecto can also help you:

Cypress Testing: How to Get Started 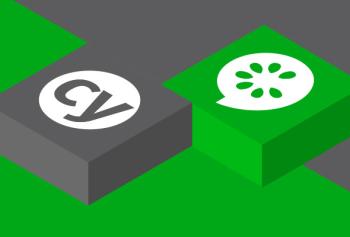 Android 12: What to Expect & How to Prepare Your Apps