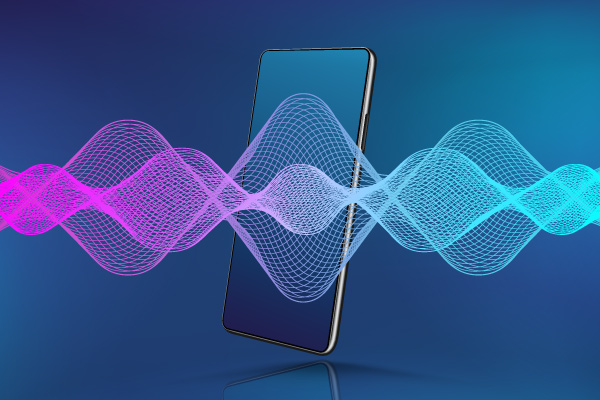 How to Test Voice Recognition in 4 Steps With Perfecto

Many industries have recently started incorporating some form of voice assistant or voice recognition system as part of their mobile apps. Banking is one major industry that has made strides in this area, adopting virtual assistants to help customers save time on basic banking tasks.

Retailers and grocery chains are hopping on the voice recognition bandwagon as well, incorporating major platforms such as Siri, Alexa, and Google Voice as another way to interact with customers.

While voice assistants bring opportunities to developers, they pose new challenges for QA teams as they do their mobile testing. This blog post will give a detailed overview of Perfecto’s support of test cases for voice recognition systems.

Automating voice assistant flows as part of your end to end testing can be achieved, in part, with an open-source automation framework such as Appium.

There are four general steps to running automated tests for voice recognition software:

While automated tests can handle the first two steps, the last two are challenging to perform as part of an automated script. Traditional libraries such as Appium do not support audio out of the box.

These additional audio capabilities enable teams to automate end to end test cases that include voice recognition with ease.

In the following example, you’ll see how you can automate a simple end to end flow that includes Google Voice with Perfecto.

There are three basic steps.

For this sample script, we will be writing our code in Java and testNG.

First, you open a device in the Perfecto lab. This example shows a user selecting a Samsung Galaxy S8.

Next, use Perfecto’s “Object Spy,” which shows the application’s object properties, to access all the element locators.

Once you are in Object Spy, you can locate all elements on the screen, including system level objects like the Google Voice icon.

Then you can incorporate these locators as part of your automation script. Here is a sample snippet:

Note that you can also upload your simple audio file to the Perfecto repository.

You are now ready to execute your automated test in testNG and view your results in the Perfecto dashboard.

When breaking down the test steps you can see exactly where the audio was injected and that the step passed successfully. 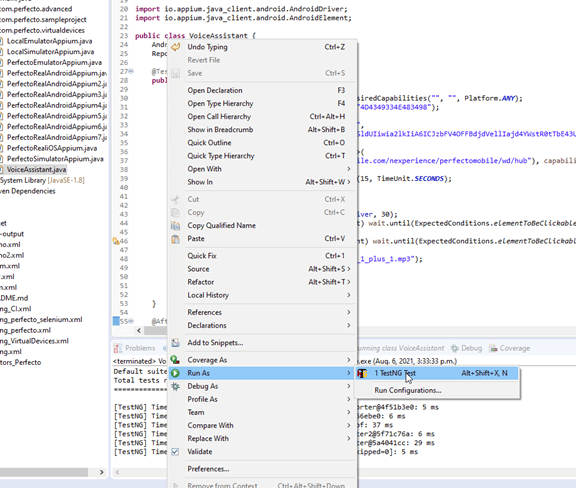 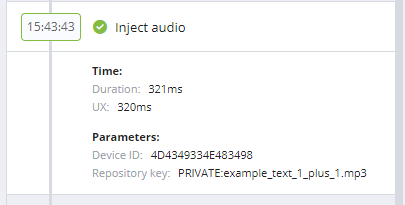 Executing automated tests for voice recognition systems no longer needs to be a daunting task for QA. With Perfecto, teams can expand their test automation horizons with these additional audio capabilities at their fingertips.

See a demo of automated voice recognition system testing with Perfecto, as well as other advanced mobile testing capabilities that you would like to explore. 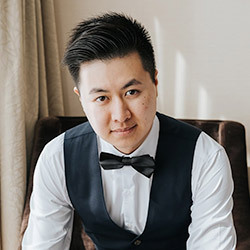 Johnny helps Fortune 500 enterprises and leading tech companies optimize and implement modern test automation strategies. With a software engineering background and over 10 years of experience embedded in development and testing teams, Johnny is both knowledgeable and passionate about improving testing efficiency and quality at scale.