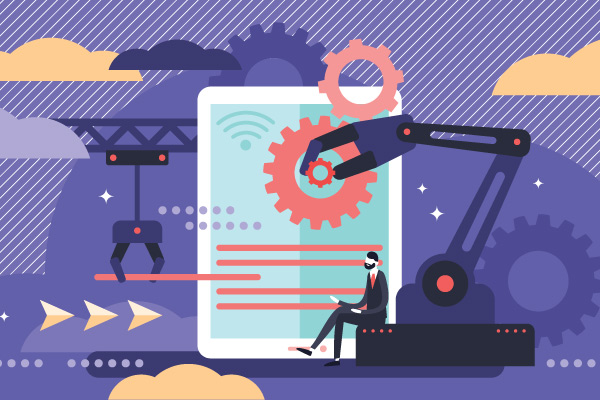 If you’re thinking about transitioning from manual to automated testing, and you want to do it right — or at least have some insight into the process — you’ve come to the right place.

Perhaps you’ve been burned by under testing (it happens to the best). Customers discovered bugs you missed. There was downtime in your application. Hopefully it wasn’t too costly.

Whatever the reason, you want to improve test coverage at scale and you know test automation can get you there.

As we’ve discussed before, there’s a big difference between manual testing and automated testing. But you probably know that. You also know that organizations that automate the right tests and do it well achieve:

Ultimately, it all leads to better customer experiences.

There will always be a need for manual testers with intuition, responsiveness, and product insights that cannot be automated or tucked into an algorithm. Automated testing will not replace manual testing. Rather, it will complement and enhance it. There will ALWAYS be some testing activities, like exploratory testing, that only a human mind can handle.

Yet test automation is here. It’s not going anywhere. The longer an organization postpones the transition, the harder it is to catch up with competitors. Automated testing is an essential step to releasing faster with fewer bugs. This is particularly true amid an age when technology has exploded the variety of devices, browsers, and versions that customers use.

Whether you’re a small team of developers at a startup or a major enterprise with dedicated testing teams and budgets, the road to testing automation is not without its obstacles. Transforming a manual process toward an automated one takes time and effort.

How do you do that well?

How to Switch from Manual to Automated Testing

You understand the inevitability of test automation. And you know that automation is good for business. Still, others may not be convinced ... yet.

To start getting buy-in (and pull any laggards along), you’ll need to reframe your thinking and enter the perspectives of everyone involved — from management to practitioners.

What does ROI look like to each of your stakeholders? Make it real.

For management, the ROI can be best framed in terms of cost savings, product quality, and risk mitigation. How much time can you save? How much better is the coverage?

Take a high priority page. What’s the cost of downtime if a new feature release breaks something you didn’t even know you should have tested?

For the daily practitioners, help them understand that the inconvenience is temporary, that they will be able to take the repetitive and boring tasks out of their day, and that having experience with test automation will only bring good things to their career opportunities.

Everyone must be convinced of the ROI, which is extensive.

Test automation means faster release velocity which means more value for customers. Those customers will encounter far fewer surprises from bugs, human errors, or escaped defects because test automation also gives you greater quality coverage across your development lifecycle. That coverage is enhanced, in part, by the fact that automation helps you test in ways that humans cannot, such as performance testing, sophisticated scenarios, and API test automation.

There’s ROI across the organization, not just in QA.

2. Decide What to Automate & Who Will Do It

Any new process comes with a learning curve. For teams just starting with automation, there is a broad range of things to wrap their minds around: from figuring out which tests to automate to deciding who will do the automating.

Do you have the resources and skills you need? Is there an existing testing team? Do you have budget to hire an SDET to help code the changes? Or do you need to move forward with an existing team of manual testers? All are important questions to answer.

Each has its strengths and weaknesses. Selenium, for example, is very flexible and open sourced but also has a reputation for being flaky. Test maintenance can be an issue.

A mismatch for your team regarding frameworks will cause major issues down the road. Choose intelligently.

For those entering the world of test automation, getting the tooling right is essential. There are many kinds of tools, from legacy and soon-to-be-obsolete record and playback tools all the way to codeless test automation tools using AI to robust testing tools that offer device labs and reporting.

Just like with frameworks, it’s important to pick something that serves your purpose. Not only today, but in the near and distant future. Will the tool be around in five years? Are they releasing frequently? How about support?

Ultimately, tooling needs to address your challenges, serve your strengths, and integrate with your current and future needs.

Related Content: How to Choose a Test Automation Tool

The glimmer of full-on test automation is bright. But don’t be blinded by planning too much too soon. Starting small is a best practice for nearly any and every business initiative. It holds especially true for test automation.

Give yourself small goals. Automate a single test case (usually one that’s particularly boring and repetitive). Work out kinks in your process, then bring that wisdom into more test cases.

It’s much easier to replicate and scale small successes than it is to isolate exactly what broke amid the infinite variables and dependencies common to a large rollout.

The name of the automation game is collaboration.

Manual testers need to be working closely with coders (or SDETs if you have them) to make your automation efforts click. There should be continuous clarity around what is being tested, how, and what the results should be. Shift-left testing has become popular for a reason: It shortens release cycles by shortening the gap between development and testing. If done right, test automation achieves the same end. But you need fast feedback loops among everyone involved to deliver better automation.

Goals give us direction. In test automation, be upfront about what you are aiming to achieve.

What does success look like in the short-term? That might be as simple as automating a first test case. Or executing X number of tests.

By the end of the quarter, maybe that goal is tied more to finding more bugs or having fewer escaped defects.

From there, how much faster can you be releasing? Because that’s really the goal, isn’t it?

As I stated earlier, test automation delivers benefits across the organization. But you’ll only experience them if you actually start automating.

Is there more to it than these 7 steps? Absolutely. But they should give you a rough framework and inspiration to not only get started with test automation, but truly succeed at it.

See how test automation works with Perfecto. Sign up for a demo today.

Nico Krüger is the Director of Global Sales Engineering. He specializes in technical guidance and product development efficiency for global organizations. An expert in software development, he is dedicated to helping customers drive quality product strategy.