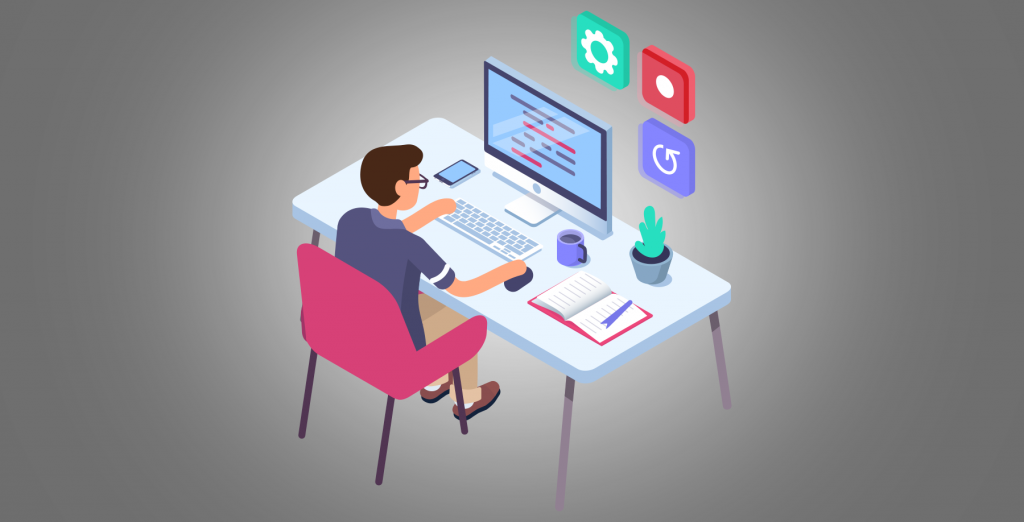 What Is Codeless Test Automation?

Today, innovative technologies like codeless test automation are fueling digital transformation across all industries. While these are exciting times, from a DevOps standpoint, these innovations are also posing new challenges for both dev and test teams.

From a continuous testing (CT) perspective, there is still a huge gap in implementing test automation that runs in a reliable, stable and efficient way throughout the DevOps pipeline. From talking to our own customers, we found that more than 40 percent of failed automation attempts were a result of scripting issues, ultimately creating barriers for achieving CT.

To address this issue head on, we recently released Perfecto Scriptless, an AI-driven codeless testing solution that allows teams to automate the process of writing test scripts regardless of skill level. For teams that want to move faster with automation, our solution provides them with the tools they need to generate quality test scripts more quickly and to effectively maintain them.

Although codeless test automation has become a top priority for testers, as well as the developers that are now focusing more on reducing time in test creation and maintenance to increase software release velocity, many teams are struggling with how to best implement it for increased output with very little trial-and-error.

For our first entry in the series, let’s get a better understanding of what codeless test automation is, what tests it can be used for and what is ahead.

What is Codeless Test Automation?

Over the last few years, these “codeless” platforms have grown in popularity due to their ability to help your average Joe whip together a website or blog — no coding required. In an effort to take DevOps to the next level, we’ve seen an increased adoption and release of codeless test automation solutions. This is due to a decline in DevOps maturation.

As development teams struggle to find new, innovative ways to speed up each phase of the SDLC (software delivery lifecycle) in the face of increased demand, advances in continuous delivery (CD), continuous integration (CI) and CT have come nearly to a halt. What’s more, with more apps, features, iterations, users, and ultimately quality assurance activities, to tend to than ever before, teams are under immense pressure.

Codeless test automation relieves development teams of the extensive responsibility of coding — giving them time back to focus on greater advancements for their business and the industry as a whole. In terms of skills, codeless testers don’t need to know how to code — but they do need a high-level understanding of testing, as well as deep insight into the product they’re testing, its business objectives and pain points.

Determining Which Tests Are Best for Codeless Test Automation

When looking to implement a codeless test automation platform, it’s important to keep one thing in mind: it will never completely replace all manual testing. There are always going to be tests that need the “human touch,” or to be monitored much more closely. Traditionally, this includes tests that have third party dependencies and complex prerequisites from a setup perspective.

However, there are several types of tests that can — and should — be operating codeless. For example, manual tests that are either hard to implement or require greater in-house skills should be the first that make the cross-over, in addition to “flaky” tests that continuously lead to inconsistent results (e.g. pass and fail for the same configuration or result in false-negatives).

Typically, a lot of these “flaky” tests are those that look at web pop-ups for unconfigured image elements or the effects of mobile behaviors, such as certain devices being blocked by certain applications.

In order to successfully implement codeless test automation solutions into their pipeline, organizations need to keep in mind that they will have a combination of code and codeless tests that need to work together. The best approach is to exclude the tests that will operate codeless from the actual code itself, apply the codeless test and then bring it back into the sequence.

The Future of Codeless Test Automation

Codeless test automation is still in its infancy and has a lot of maturing to do. Similar to any emerging technology, there is much to be learned about best practices, challenges and areas of growth. In particular, artificial intelligence (AI) is one area where we will see a lot of growth in the next few years.

While our solution currently leverages machine learning (ML) capabilities to do things like error classification and self-correct object maintenance issues within code, allowing scripts to continuously run and fix themselves without disrupting operations, in the coming years we will see AI and ML capabilities evolve further. It won’t be long before these capabilities will give codeless the legs it needs to take over all aspects of the testing process.

Until then, codeless test automation can significantly cut down on the time and resources put into monotonous tests that eat away at developers and testers time. It gives them the opportunity to be much more productive than they are today – and more invested in the DevOps cycle.

With codeless test automation, testing teams have a renewed opportunity to shine.

Learn more about codeless testing and our own cutting-edge solution, Perfecto Scriptless.