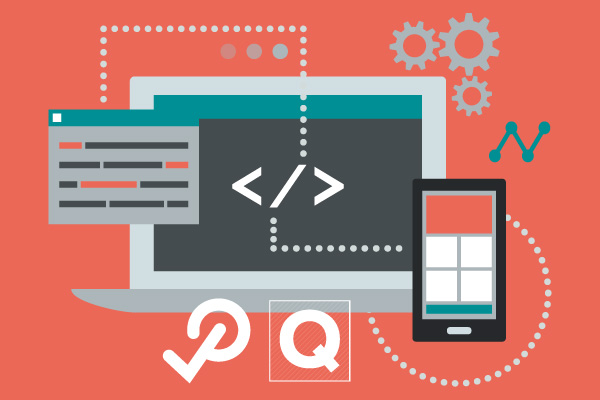 How to Perform Low Code Testing With Quantum & Perfecto

Low code testing is a great way to expand automation to less technical testers. With tests that anyone involved in testing can automate and maintain, teams can leverage low code test automation to improve speed and quality at scale.

What is Low Code Testing?

One type of low code testing that is highly popular is behavior-driven development (BDD) testing. Instead of code, BDD testing uses user-focused language to describe how an application should behave as part of the tests.

BDD tests are typically written in a business-readable programming language called Gherkin, which describes business behavior without going into detail about how it is implemented.

BDD tests are also written in plain English, making it simpler for testing, development, and product teams to collaborate and not lose anything in translation during software development.

BDD testing with Quantum is a simple process. Writing BDD tests in plain English makes it easy for anyone testing the application to understand what is happening. Stakeholders can also get fast and easy-to-understand feedback about how the application is behaving.

With Quantum, testers can write low code tests that execute on multiple browsers, devices, and OSs in parallel. 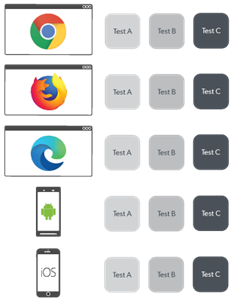 With Perfecto, teams can also test on multiple frameworks simultaneously in addition to Quantum, such as Cypress, Selenium, and Appium for web, progressive web, mobile web, and native mobile applications.

While each framework has its own advantages and disadvantages, Perfecto accommodates any team’s framework of choice. The ability to test on all these frameworks gives teams the flexibility to make the most of each framework at their disposal.

In addition to offering support for multiple browsers, devices, OSs, and frameworks, Perfecto’s Live Stream capabilities offer a single pane of glass to see each test execute in parallel. 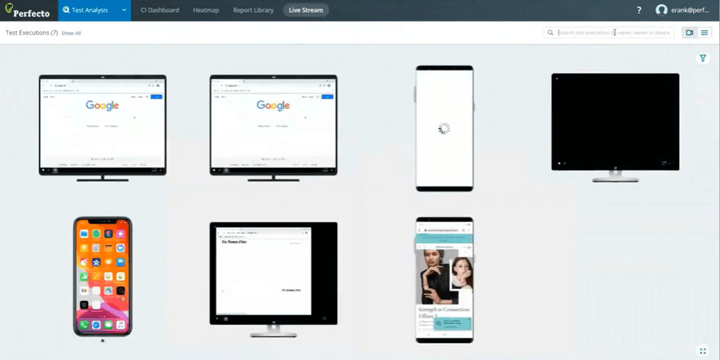 As a cloud-based SaaS platform, Perfecto allows every type of practitioner to get involved in the testing process. By allowing for different frameworks, as well as different test cases on different platforms, Perfecto offers a single pane of glass offering visibility to the entire team.

How to Perform a Low Code Test With Quantum

To show you how low code BDD testing works with Quantum, we will use a sample Frequent Flyer point system as an example.

Using the Gherkin Given-When-Then language construct, we can create scenarios that apply a set amount of Frequent Flyer miles to a user’s account after a set flight.

Once you have determined which scenarios you would like to test, you can create the tests inside a Maven project. From there, you can execute the tests by triggering them through testNG from IDEs like IntelliJ or Eclipse, or through Jenkins and other Perfecto-supported CI servers.

Since these executions will run in the Perfecto cloud, it is guaranteed that the execution will be fully stable on clean and secured mobile devices as well as all other desktop browsers.

While running low code automated tests in Quantum, Perfecto allows the option to execute other tests in parallel using Cypress, Selenium, or another framework of choice (e.g. Katalon).

Within each framework, you have the option to execute test cases on various browsers as part of different operating systems. If you are executing Selenium tests through testNG, you can also test on native mobile apps via Appium.

Perfecto’s test reporting will also verify in a single-pane-of-glass format that each of these tests ran successfully, as well as point out any issues that may have occurred during the execution.

The following clip from a recent webinar will show how to configure and execute multiple Cypress and Selenium tests in parallel with Quantum and Perfecto:

Testing teams are constantly looking for ways to empower testers. Low code test automation with Quantum and Perfecto offers more ways for every practitioner to get involved in testing while testing an even wider breadth of your application faster and in a more scalable way.

Get a demo of low code test automation and BDD testing with Perfecto.