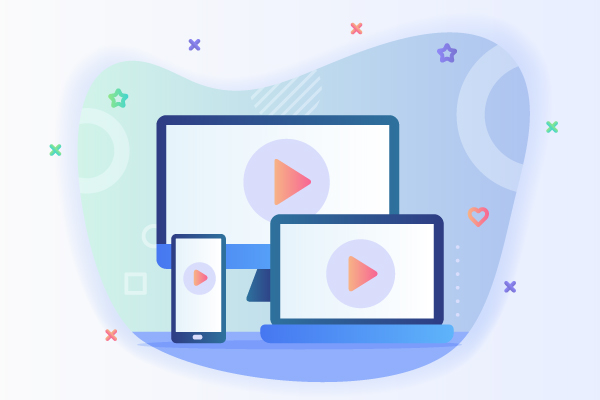 For High-Velocity Testing, Plug Some Virtual Devices Into Your Testing Pyramid

The dev team sends over a new mobile app feature to QA before releasing it to production. A few days later, the dev team gets a hefty Jira ticket in response. Racing against the clock, the dev team then fixes the issue, QA retests, and hopefully the new feature is fixed in time for the end of the sprint. If they succeed, everyone breathes a sigh of relief before finding themselves again in the same situation.

But this back-and-forth makes for a high-pressure work environment, stalls productivity, and can even delay releases.

The truth? Testing doesn’t need to be this way.

With virtual devices, the dev team could have found the issue much earlier in the development lifecycle. While testing on real devices is critical for high-quality mobile app development, devs don’t need to use them right away.

But what if you could test on all the devices you needed, both real and virtual, all in one place? It is with this question that I am excited to announce Perfecto’s latest support of simulators and emulators. You can now test on simulators, emulators, and real devices from our mobile device lab, all within our mobile testing platform.

By testing on both real and virtual devices, developers get fast feedback while organizations get comprehensive application quality at a much lower cost.

Plus, organizations can create a more thorough and all-encompassing mobile testing strategy. With this combination of virtual and real devices, teams can test efficiently at every stage of the SDLC.

Virtual Devices and the Testing Pyramid 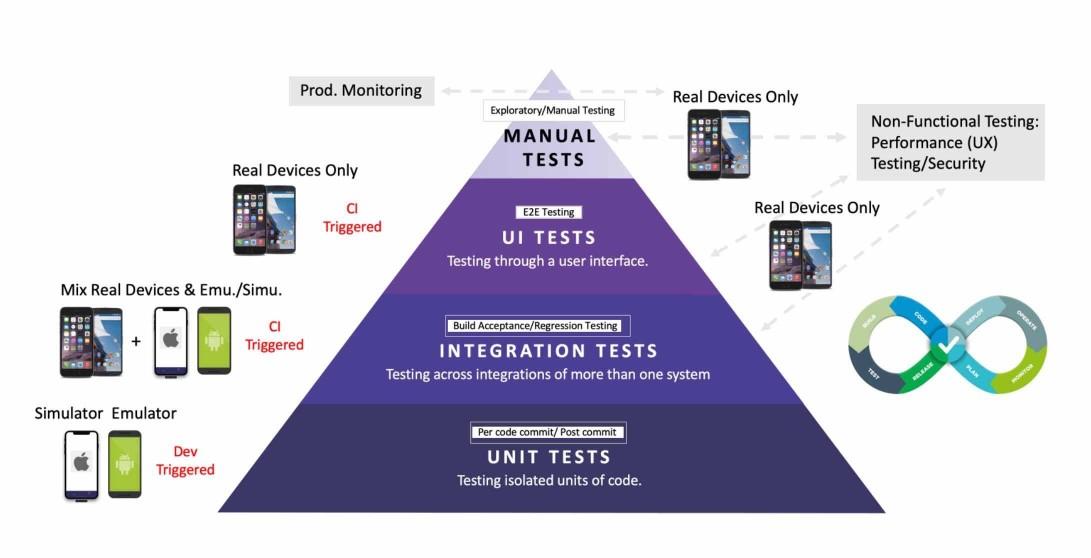 Unit tests make up the largest layer of the testing pyramid, which test isolated units of code. Part of unit testing also requires validating code changes on a local machine, which happens during a code commit or as part of a pull request.

Within this context, it makes sense to run these on dev-triggered simulation and emulation devices. In this case, simulators and emulators quickly give the appropriate feedback for such an early stage of development.

Integration tests happen later as the app matures, and teams need to test more complex scenarios across different systems. It makes sense, then, that teams mix testing on simulators and emulators with real devices.

Real device tests can cover areas such as performance testing, security, and even accessibility features. Virtual platforms, on the other hand, cover acceptance and unit tests more quickly and efficiently than real devices can. These tests, with a balance of real and virtual devices, complement each other to sufficiently cover this stage of the pipeline.

For UI and manual tests, it is— and I cannot stress this enough — critical to test on real devices and the custom operating systems they use.

But this is a small part of a much larger mobile testing picture. While there will always be a place for real devices, adding simulators and emulators at earlier stages of development is the best way to test quickly, test early, and fix fast without interruption.

Matching your test strategy to the testing pyramid model is now simpler than ever. Combining virtual and real devices when mobile testing offers a powerful combination of speed and quality. With Perfecto’s latest support of simulators and emulators, teams can test their mobile apps both thoroughly and cost-effectively, all in one platform.

Reach out to our team with questions or check out our eBook that discusses virtual devices in mobile testing.