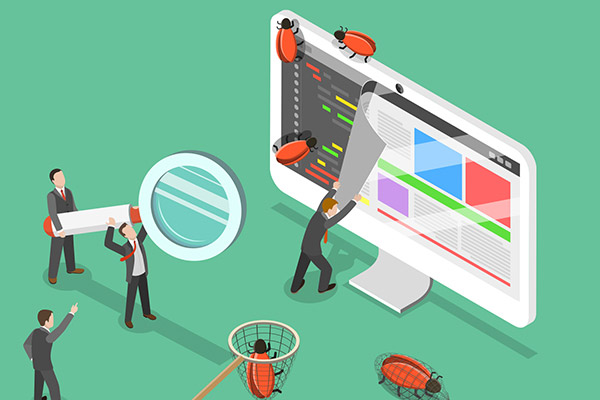 iPhone App Testing: How to Test iOS Apps in the Cloud

As iPhones continue to remain a popular mobile device option worldwide, with iOS apps becoming the norm for users as opposed to web browser usage, it is more important than ever that dev teams create and release high-quality, error-free apps. iPhone users have grown accustomed to speed, efficiency, and exactitude when it comes to their apps, and any bug, glitch, or lag in load time will not only deter users, but can lead to less than positive reviews, which in turn can lead to loss of reputation and revenue.

Therefore, testing apps on iPhones is a critical step in your mobile testing process.

This blog will delve into the ins and outs of testing iOS apps using Perfecto DevTunnel—a user-friendly testing platform that allows tester to test iOS apps with ease and efficiency, leading to the creation and release of more robust iOS apps with happier users.

Read more to get an overview of how to test iOS apps.

How to Test iOS Apps in 3 Steps

When it comes to testing iOS apps, there are three distinct steps to take in order to effectively test iOS apps in the cloud. The following section will provide a handy, in-depth guideline for testers using the Perfecto DevTunnel.

There are three steps teams must take to effectively test iOS apps:

In the following example, we walk through these steps in depth using Perfecto DevTunnel.

But first, let us take a quick look at Perfecto DevTunnel. Perfecto DevTunnel is a solution that helps enterprise teams integrate real iPhones and iPads into critical development paths. Mobile and web development teams always need to develop and validate their code on real mobile devices, including when it comes to testing iOS apps. Prior to Perfecto DevTunnel, these dev teams were not able to leverage mobile lab solutions due to being blocked, and thus, they were not able to integrate remote devices with dev tools in order to perform their necessary tasks.

With the onset of Perfecto DevTunnel, dev teams can now leverage real devices in the cloud-based test lab and gain full control of their environment to perform their tests. Some of the benefits for developers include the ability to share resources, reduced time spent fixing errors, and seamless integration with existing tools.

Native mobile and web app developers now have instant access to the variety of devices needed to:

Here is a quick overview of how to debug iOS apps using devices from the cloud:

Now that we have delved into the details of the Perfecto DevTunnel for testing and debugging iOS apps using devices from the cloud, let us now get back to the three easy steps for testing iOS apps.

1. Connect to a Cloud-Based iOS Device

The first step when it comes time to test iOS apps is to connect to a cloud-based iOS device. From the Perfecto cloud dashboard, you can easily create an SSH connection to your device, which enables XCode, Safari, and other profiling tools to seamlessly interact with it.

To get started, launch your target platform from a wide variety of real devices, then click on the ‘DevTunnel’ widget: 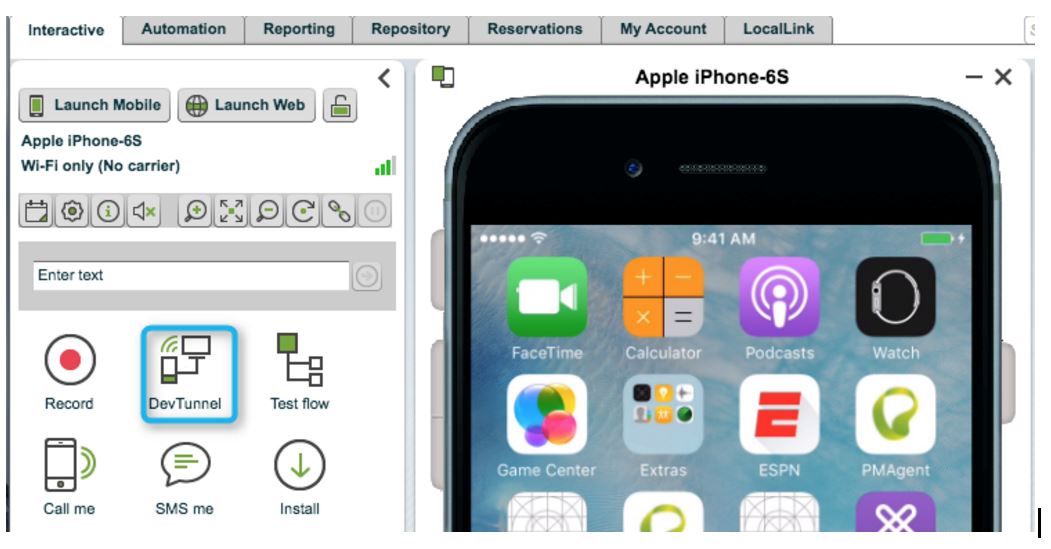 Step two in testing iOS apps is to validate, debug, and profile your native app’s real experience XCode, which is much simpler than it may sound. After you have connected to your cloud-based iOS device it is time to validate, debug, and profile you app’s XCode. A secure session from your computer to the Perfecto test cloud enables the rest of your toolchain to interact with this device, just as if it is connected via a really long USB cable.

After installing the requisite components, you’ll see your device available in XCode: Indeed, anywhere XCode queries for a list of available devices, your DevTunnel-connected Perfecto device is listed there. This feature is highly beneficial for testers and dev teams when you want to see how a new feature will work on new or legacy platform versions.

DevTunnel also allows developers to run XCTest scripts on specific hardware, platform configurations, and under real user conditions. You can simulate scenarios like high network latency and call interruption through additional Perfecto WindTunnel features. This helps teams improve test flakiness and cover more of the real user than ever before.

Perfecto WindTunnel Utils Class is part of the Perfecto project template and provides some useful static methods that can enhance your interface with the Perfecto Lab. The class provides utilities used to incorporate WindTunnel functionality into automation scripts.

For a deeper dive into Legacy WindTunnel and its capabilties, visit our support page.

Instrumentation and profiling tools — such as Allocations, Leaks, Counters, and Energy Log — also work with your Perfecto devices connected via DevTunnel: 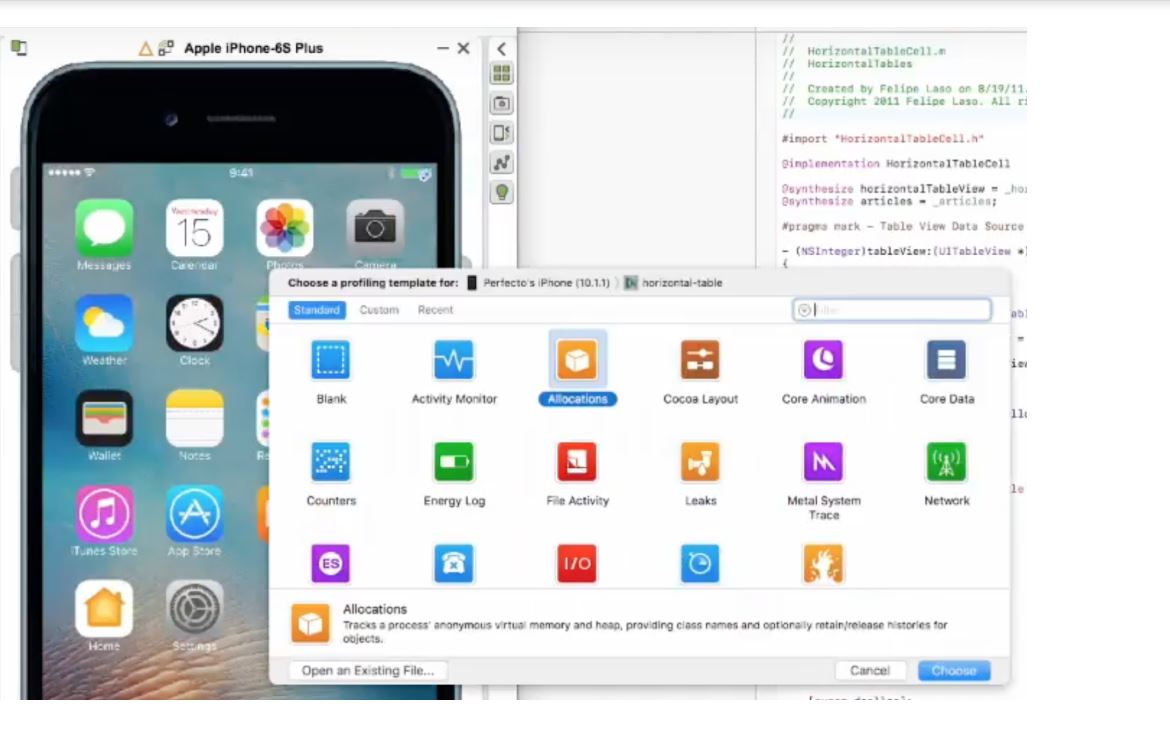 The third and final step to test iOS apps is to inspect and troubleshoot your web app in Safari. For web app developers, you can use your DevTunnel connection to test and troubleshoot web apps as well! When a mobile web browser is launched on the device, your iOS device now appears in the list of resources available to Safari Web Inspector, as shown in the below screenshot:

Integrating into these tools allows you to troubleshoot and debug Javascript, HTML5/CSS layout and performance issues in your web apps on cloud-based, real mobile devices. This lets you spend less time hunting around for hardware and more time writing better code.

Now that you know how to test iOS apps, learn how to make it easier.

Not only does Perfecto allow access to a seamless cloud-based device lab, but it also allows testers and dev teams to shift left earlier and faster, leading to greater efficiency in app testing and development, as well as higher quality apps upon release.

Learn more about testing iOS apps in the cloud by checking out our Remote Device Access page.

Or, get started testing with Perfecto today. With Perfecto, dev teams and testers looking to test iOS apps can also gain access to additional features to help in their software development life cycle, including:

Additional features and benefits of Perfecto include:

With Perfecto, teams can leverage a platform that fits seamlessly into their testing pipeline so that they can develop and release high quality apps with ease. And when it comes to test automation, Perfecto is an industry leader, trusted by over half of Fortune 500 companies.

See for yourself with a 14-day free trial and experience the industry's most trusted testing platform. Start your free trial today.