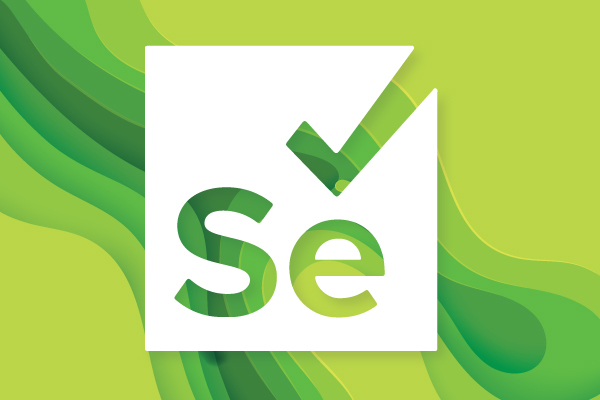 What to Expect in the Latest Version of Selenium 4

Selenium, the leading web framework for automation, releases frequently. Here, we take a look at Selenium releases, from a few years back to Selenium’s latest version—Selenium 4 RC1.

Testing With Selenium: A Selenium Overview >>

Getting Started With Selenium Current Version

Perfecto fully embraces open source technology, including Selenium 4, which is one of the top frameworks we support. View all integrations>>

Here's a quick tutorial on how to get started with Selenium:

Full tutorial available here: How to Use Selenium With Perfecto >>

Cypress vs. Selenium: What's the Right Cross-Browser Testing Solution for You? >>

Selenium is the "de facto" web app test automation framework, with a large library and community, though there are Selenium alternatives. Selenium is composed of Selenium IDE, Selenium WebDriver, and Selenium Grid. Selenium 4 offers changes to all of these components; below are some of the most pivotal updates.

How to Use Selenium Testing Tools >>

Selenium now offers support for CDP (Chrome Debugging Protocol) which opens the “door” for testers to use network and performance tools that are part of the CDP within their test automation.

With the new Selenium Grid, there is no need to set up hubs and nodes separately as the grid serves the purpose of both now. Other improvements that the enhanced grid brings are Docker support, IPv6 addresses, a user-friendly GUI, and compatibility with tools like Azure, AWS, and more.

Selenium 4 has a new API, newWindow, which allows users to create and switch to a new tab or window without creating a new WebDriver component.

The relative locators in Selenium 4 make it simple to locate elements. Testers can now use phrases like toLeftOf() and above() to locate specific site items. The introduction of this new method in Selenium 4 locates web elements based on their visual location relative to other DOM elements.

To start, Selenium 4 offers new standardization. In the past, most Selenium commands did not work across browsers. Now, you will no longer need to modify code to work with different browsers. Instead, Selenium 4 interacts directly with the target browser. For users, this latest version of Selenium will allow for a seamless experience.

Selenium Webdriver is completely W3C standardized. Moving to W3C as the default protocol allows Selenium to connect directly with browsers. Since Chrome, Safari, Firefox, Internet Explorer, and Edge also follow W3C standardization, this means that everything runs in W3C standard protocol. Because of the move to W3C, capabilities are transitioning from Legacy/JSON Wire Protocol to WebDriver protocol. This makes cross-browser testing more efficient and stable.

6 Ways to Use XPath in Selenium WebDriver >>

Users who want to test their implementation on Opera can use the ChromeDriver because the Opera browser is now based on Chromium. Also, as an alternative to PhantomJS, users can test on FireFox or Chrome in headless mode. The command-line runner now provides information such as the number of passes/fails and the test timing.

The documentation section has not been updated since Selenium 2.0, and was updated for an improved navigation UI covering information for all tools and APIs under Selenium.

Looking Back on Selenium Releases

Here is a timeline looking back at the monumental Selenium releases through the years:

Below, we break down some of the recent Selenium releases, starting with the Selenium latest version and working backwards, and their key features.

With Perfecto, you can test on everything, with Selenium 4 RC1 and any browser version, new, or old. Perfecto offers a robust testing platform that integrates seamlessly with the Selenium 4 framework for testing on both web and mobile apps.

The Selenium integration allows you to run Selenium test automation scripts on real browsers in the Perfecto-secured and enterprise-grade testing cloud, as well as execute tests from within IDEs, CI servers, and other environments.

With Perfecto and Selenium, you can:

Connecting your Selenium code to the Perfecto cloud is simple and intuitive. To learn more and experience the world’s largest global testing cloud for web and mobile apps, try Perfecto free for 14 days.