4 Problems With Automated Testing (and How to Solve Them)

Failed tests happen all the time. One small thing changes and suddenly you’re drowning in red. And when you’re testing continuously, small issues can easily grow into huge ones — which is why you need visibility.

When something breaks, you need to know why. You need visibility and fast feedback so you can fix what’s not working.

Here are the 4 most common problems with automated testing.

1. You Have Issues With Your Test Scripts and Frameworks

The first problem you might have is encountering issues with test scripts or test frameworks. In fact, we’ve found that these account for 40% of all issues that DevOps teams face.

Test script and test framework issues stem from problems with skillsets, culture and processes, and an overall lack of communication between testers and developers.

Particularly problematic to DevOps teams is object identification. With object identifiers, too often teams lack the knowledge to define the right object being used. This is especially true when dev designs pages featuring multiple objects with the same ID. Two similar objects on the same script are sure to cause issues in automation.

Equally problematic are the culture and processes within a DevOps team. The lack of communication between testers and developers can result in an array of issues. Take for instance this common scenario: developers change the object IDs without telling test engineers.

Additionally, a lack of skillset or best practices related to coding can result in a plethora of issues with test scripts.

2. You Keep Finding Problems in the Backend

Another sign that your test automation is failing you is if you keep finding issues in the backend. In fact, backend issues account for 30% of all automation problems teams encounter.

Teams also encounter problems that relate to availability. Teams today virtualize specific environments for testing purposes. If the environment isn’t up and running in a cloud — and you can’t access what you need — your entire testing process collapses.

Another issue with the backend stems from data. Too often, teams test against the wrong data. They use data that is outdated simply due to the fact that it takes them too long to gather and organize that data. If the data model wasn’t updated correctly, outdated data can provide irrelevant or incorrect test reporting results.

Processes and communication can also keep teams from receiving correct and current data. Sometimes data is owned and generated from another team member, such as a data scientist. Disconnections can throw off data. And of course, communication gaps can affect the quality of the data as well.

3. You Have Major Issues With Your Lab

Another sign your test automation is failing is if you continuously have trouble with your device lab.

Labs — and the devices in it — are difficult to manage on your own. Within the lab, devices are either connected to Wi-Fi, SIM card, or network services. But connectivity issues can wreak havoc on devices. When they disconnect from the internet, nothing works. Devices cannot connect with test frameworks, which disrupts all automated testing processes.

Issues with devices locking is another problem many teams face with automation. With security settings such as face ID, fingerprint authentication, and device passwords, being locked out of a mobile device is a very real possibility. When devices are not being closed correctly in the lab, they can lock, preventing DevOps teams from automating their tests.

4. You Experience Issues With Test Executions

Another sign your test automation is failing you is if you encounter issues with your test executions.

Another issue within test execution is in-use — when one team member tries to execute something and another team member is already using it. In instances like this, team members interfere with each other. They don’t use smart scheduling to prevent simultaneous usage.

Additionally, teams can encounter disconnection in their test executions. Too often, teams find the devices they need to test on are unavailable. Teams may try to test on a device that is offline, which results in failed test automation.

How to Solve Your Automated Testing Problems

With Perfecto’s Smart Test Reporting and Analytics, you can solve the top 4 problems with automated testing. You'll know:

See for yourself how Perfecto can help you overcome these problems with automated testing. 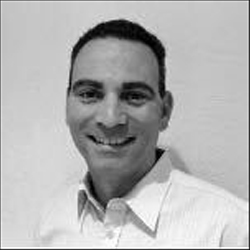