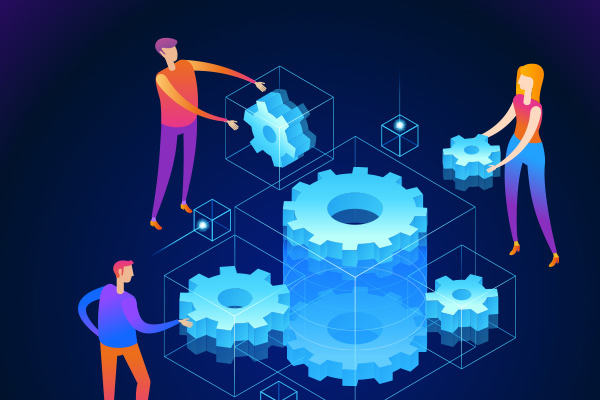 Test automation is a method in software testing that leverages automation tools to control the execution of tests. It then compares actual test results with predicted or expected results.

Test automation is also called automated testing or automated QA testing. When executed well, it relieves much of the manual requirements of the testing lifecycle.

An example of automated testing is a test script used to automate a regression suite.

Why Test Automation Is Important

Testing code only at the end of a development cycle simply doesn’t cut it anymore. That's why test automation is important.

Agile and DevOps are the new models for modern software engineering. This has changed the way code is being developed, tested, and used by businesses and consumers. And almost every organization today offers some type of software (e.g., mobile banking app or an online flight check-in tool).

This is especially true when it comes to testing.

New software releases are being delivered faster and more regularly than ever. It’s become crucial for companies with any level of digital footprint to improve the efficiency and accuracy of their testing to keep up with their competitors.

Testing at every stage of the delivery pipeline — known as continuous testing — is now an integral part of the way companies operate today. And test automation is key for your success.

What About Manual Testing?

Rather than replacing human intuition and problem solving, test automation is about automating the right tests.

By giving developers and testers back valuable time, they can focus on more important tasks. For instance, they can create new features, solve tricky bugs, and deliver higher-quality software.

Businesses struggle to step from basic automation to enterprise-level automation. Testing environments must be stable and reliable enough to support automated QA testing at scale. Because test automation executes tests faster and more often, teams must also have tools to manage the significant volume of data that is created.

It makes it easier to develop and organize test scripts and environments, as well as to track and share results across teams. And most automation test tools actually help with important tasks like creating test data and setting up test environments.

How to Choose Which Tests to Automate

The truth is that many tests can safely be automated. Think of all those common, highly repeatable tests that make even the savviest testers out there want to gouge their eyes out by the end of the day.

Most unit, integration, and performance testing can easily be automated — developers and testers only need to intervene when the results don’t match up to expectations.

Tests that are a perfect fit for automation share a few basic characteristics:

It’s a waste to create an automated test script that only needs to be run once.

Test automation is designed for running time-consuming test scripts that need to be repeated over and over again. Testing different OS/browser combinations or high-volume batch testing overnight are solid automation choices.

Test automation works best when tests are both repeatable and have determinant outcomes.

That is, the results should have fairly predictable outcomes that a test script is 100% capable of catching. Stress and load tests fit nicely into this category.

For tests that can cause an interruption in service and potentially damage one’s business, test automation can help ensure new features don’t break existing ones.

Smoke tests, sanity tests, and regression tests are good candidates for automation — especially when they need to be tested across every version and release of an application.

Remember, test automation is more than just automating tests. It can also be used for automating tasks like setting up test data and environments. Some test automation tools out there can even build test scripts before code is written — simply by defining the desired functionality first.

Establishing a base state for the test environment is the first step. This typically involves creating realistic test data and setting up one or more environments. During testing, data will be manipulated and/or the system will be put into a specific state. Afterward, there has to be a base state the system can return to.

Tests run according to specifications set out in the test script. Automated testing software manages and tracks every test across all environments. Test automation tools run tests accurately and tirelessly — day or night — without any risk of error caused by human fatigue.

Once the testing software has finished sniffing out every bug, results are highlighted as either a pass or a fail. If there was any problem during the test (or the results were inconclusive), developers can review a complete log to find the problem in the test script and/or manually rerun the scenario.

In DevOps and testing there are three personas to be familiar with. Depending on the persona, there will be different technology and methods required.

The skills that vary between each persona require creation of test automation in multiple methods like low/no-code, codeless, BDD, and code-based.

Almost always this type of tester has less technical skill and the testing they implement is manual and exploratory. Business testers are valuable because of the human and contextual knowledge they bring. The business stakeholder is often responsible for codeless testing.

A software developer in testing has significant code knowledge and experience in testing.

They can create functional and nonfunctional code-based test automation scripts with tools like Selenium and Appium, among others. The SDET is always accountable for the code-based testing.

Software developers also operate in code-based testing. They also work in UI and UX tests, which are manual.

Not All Test Automation Tools Are Equal

It is important to note that not all test automation software is created equal. The above process outlines the best practices and best-case scenarios for test automation.

However, some automation software vendors do not offer test reporting features. Other solutions don’t have robust test script creation tools. When selecting your test automation solution, be clear about the essential features required for optimal test automation. Otherwise, you could put yourself at risk for a number of testing challenges.

Furthermore, some apps are more complicated to test than other. Mobile apps can be more or less complicated than web applications. Industries like healthcare and automotive often have specific and regulated requirements, which creates complicated test conditions.

Test automation is a perfect solution for common, repetitive, and high-volume testing. Coordinating and managing testing are now becoming much easier with Perfecto. You can track and share testing results from a single, centralized location.

This gives you more thorough test coverage, because more testing can be accomplished. While there is definitely manual work still involved in testing, using Perfecto improves the accuracy and coverage of testing for teams competing in an increasingly fast-paced software market.

To learn more about how Perfecto can simplify and improve all types of testing at every stage of the development cycle, start your free trial today.

How to Debug Your Test Script With Perfecto 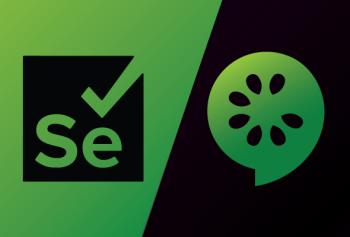