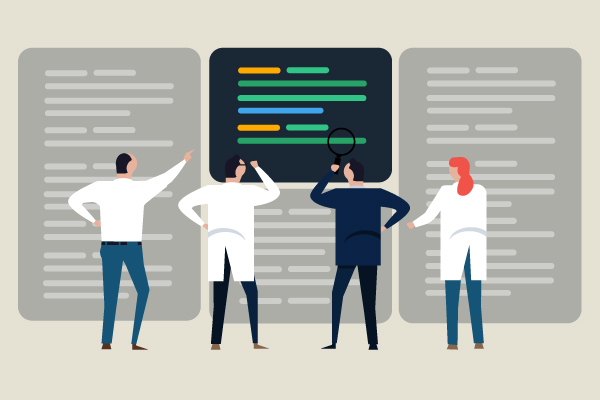 Every day, we receive software updates that improve the functionality of an application by decreasing response time, producing a more interactive user interface (UI), or fixing bugs.

Yet if these software updates are not thoroughly tested before being deployed, they may damage the application functionality and cause end user issues. As a result, it is critical to thoroughly test a product to ensure that the code modifications do not adversely affect or break the present functioning of the application or software.

Automated regression testing is carried out to ensure that code changes do not have an adverse effect on the current application functionality. It ensures that the products work properly with new features, bug fixes, and enhancements before releasing them.

In cases where many substantial modifications have been made to the original functionality, regression testing can be performed on a fresh build to check that the code continues to function properly after the changes have been made. This is also referred to as the verification method, and most of the time, the test cases are executed by computer software.

What is Automated Regression Testing?

Automated regression testing is a software testing technique that makes use of computer-based tools and procedures to test software after it has been updated with new code or features.

Within the regression testing technique, this automation is typically used to automate the application of workflows, plans, scripts, and other activities.

When performing automated regression testing, it is common to conduct preliminary research on the software testing criteria, the test strategy, and the changes that have been made to the product and its functionality.

Automated regression testing covers many workflows, including checking the processes to ensure that the software has been compiled correctly after the update, testing the workflow, and identifying functional errors. All supporting services are also tested to identify issues that may have occurred during the update. 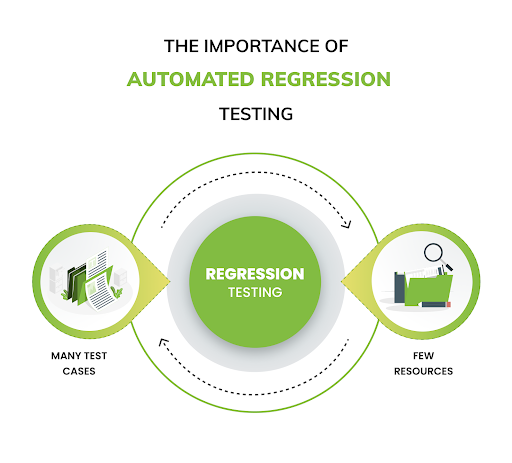 Automated regression test cases need to be performed several times to identify problems with the build. Repetition of these steps ensures that every test case has been thoroughly validated and that everything is functioning as planned.

How to Automate Regression Testing

Automated jobs are often completed in a short period and with superior results compared to manual operations.

To save time and money, you can use Perfecto to streamline your automated regression testing efforts. Perfecto supports a variety of beneficial capabilities, such as parallel testing (so you can accelerate testing time), sophisticated test reporting (so you can discover and correct defects through root cause analysis), rich artifacts, and the ability to support more complex automation cases.

The availability of these devices ensures that your app is working across all platforms and on all smartphones without any issues.

With Perfecto, you only need to create the test cases and then they will execute automatically. You can also repeat them as many times as you need, without any difficulty, to find any problems in your build or code that you can fix as quickly as possible.

Why Use Automated Regression Testing? 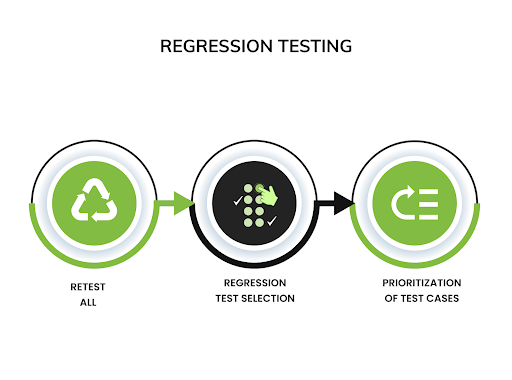 Automated testing tools can produce an enormous number of tests for you while you are in the process of locating the source of any problem. Following that, these automatically-generated tests can be used as a baseline benefit to find regression errors and poorly performing lines of code. The test should run regularly to make it easy to find and resolve bugs.

It is possible that you may need to re-run regression tests. Automated tools allow you to do so quickly and efficiently. They provide you with results even if the tests are being conducted on many devices simultaneously. They also provide analysis reports that are incredibly thorough to aid you in discovering underlying issues and addressing them as quickly as possible.

Configuration management is the process of aligning a product's performance and functional and physical properties with its requirements, design, and functionality, and then preserving those attributes over time.

Through the use of configuration management techniques, we can ensure that these components are managed with care throughout the project and product life cycle.

Configuration management is extremely important in regression testing in agile environments because patches and code are frequently deployed throughout the SDLC. To ensure that proper regression testing is performed, the following steps must be followed.

What is the Difference Between Retesting and Regression Testing?

As previously stated, regression testing is performed to ensure that changes made to software or code do not have an adverse effect on the functionality of the product or application.

Retesting is performed after an issue has been identified in an application and after the fix has been implemented to ensure that the issue has been successfully patched. When it comes to software testing, we make certain that the test cases that failed during the previous execution are corrected.

Let’s discuss the differences between regression testing and retesting.

Cases When You Should Automate Regression Testing

There are a variety of situations in which automated regression testing is required. Here are some of the more common opportunities for automating regression tests.

Teams often follow the waterfall SDLC methodology, which means that regression testing is performed at the end of the process. These teams will benefit from introducing automation. It will allow them to receive more timely feedback and deploy software in a more timely manner than would otherwise be possible.

The absence of human supervision during automated testing reduces the overall time required for testing. This approach achieves this while also delivering a large amount of input to the teams without interfering with the testing session itself.

The tests are all automated, so there is no need for a person to sit in front of a computer to administer them. This means testing can be done 24x7. You can schedule the tests for when the team is not working, which is typically at night. Thus, when the team returns in the morning, the report and insights will be ready for inspection, and the team can make the necessary corrections during working hours.

Testing can be done in a standardized manner, which ensures that the tester will have extensive knowledge of the software and its bugs before they reach the end users and will be able to implement remedies easily.

Regression test cases require documentation since you will need to refer to them at some point in the future. Using a tool with a comprehensive repository for storing each action makes it possible to repeat the process for other projects with minimal editing time.

Regression tests should be updated on a regular basis to guarantee that the test plan is up to date with the most recent version of the application.

When software is updated frequently, it is critical to re-run all the successful test cases to ensure that the application continues to function properly. Since the software functionality may have been altered as a result of the upgrades, it is important to re-run tests to confirm that there are no new issues.

It is necessary to categorize tasks for the organization so they may carry out the tasks with good management. Even if a test fails, knowing which category the test falls into makes it much easier to identify the source of the problem.

You have the option of running tests on numerous platforms at the same time. This saves a significant amount of resources, manpower, and time, allowing software upgrades to be distributed on schedule. And since they have been tested on numerous platforms, they will function correctly on user devices.

Automate Your Regression Testing With Perfecto

Start your automated regression testing today with instant access to the Perfecto platform. Our flexible monthly or annual subscription plans start at just $83, or you can sign up for a free trial.

Our robust testing platform offers everything you will need to get started, from thousands of real devices in Perfecto’s Smart Lab to integrations with all the major solutions making up your DevOps toolchain.