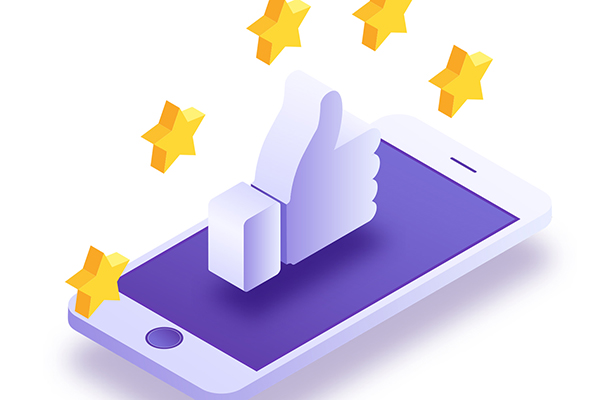 The Importance of 5-Star App Ratings

5-star app ratings can make the difference between success and failure for mobile app developers. Here, we cover why they're important — and what it takes to build 5-star apps.

What Are Some 5-Star App Examples?

Current 5-star apps in the Apple App Store in 2020 include:

A 5-star app rating is important for many reasons.

Enter the 5-star review. Developers get carpal tunnel trying to achieve it. And users search the ends of the earth looking for apps that are reviewed well. But, what does a 5-star review even mean? Does it actually help a mobile app get more installs?

In short, a high rating attracts users, and yes, great reviews contribute to the number of times an app is downloaded.

The better the reviews, the more likely it is for a mobile app to top the charts on Google Play and the App Store.

This has to do with the algorithms being used. So, the more stars, the higher apps will chart.

Venturebeat contributor Michael Silverwood explained Apple's App Store's system for ranking mobile apps. Keep in mind that Apple never disclosed the actual algorithm, and therefore, this should be taken with a grain of salt.

This means that reviews are — by Silverwood's estimation — worth 25% of list ranking placements.

Of course, top lists are the only way that mobile device users find new and interesting apps. According to a Google survey conducted on 8,470 smartphone users over the age of 18, 40% of these individuals discover mobiles by simply browsing through app stores.

Additionally, Google researchers noted that 25% of mobile apps are found through search engines, as users typically look for opinions on apps before committing to downloading them.

Many highly-rated apps tend to be mobile games. That makes reviews on productivity, shopping, and social apps more important — as they stick out in a sea of freemium games.

Brand interactions drive the need to create mobile apps. So, at the end of the day, 5-star ratings should contribute to installs.

The good news is that there is a correlation between high ratings and downloads, according to Robi Ganguly, CEO of Apptentive. In a contribution to The Huffington Post, Ganguly wrote that apps with two stars are downloaded approximately 50,000 times, while those with four-star reviews are installed an average of 270,000 times.

How to Test an App: Mobile App Testing Checklist

So, what does it take to get 5-star app ratings?

How to Get 5-Star App Ratings

Here are some things you'll need to do when building and testing an app to make sure you get 5-star ratings.

Make Sure Your App Works

This may seem obvious. But it is advice every enterprise mobile team would agree with:

Make sure your app works before you send it to the app store — especially if you want a 5-star app rating.

But what does having the "app work" really mean? And is it enough to get a 5-star app rating?

Of course an app needs to pass all functional tests and deliver a solid user experience. But are you doing rigorous performance testing on real devices against all network and end-user conditions, and monitoring app usage once it's live?

If glitches are discovered in production, is there a fast feedback loop to developers so they can do fixes for the next release? Are you doing unattended automated testing or manual tests? Are you using a cloud-based smart testing lab or is your testing still a device-in-hand process?

The answers to these questions will determine whether your mobile app works on every possible device and operating system when it hits the app store — which is key for 5-star apps.

But most businesses aren't there yet. You'd think they'd prioritize getting a 5-star app rating. You'd also think test automation would be the norm. Mobile app quality affects the bottom line. And beloved open-source test frameworks like Selenium and Appium have found a home inside testing teams.

But surprisingly, test automation is not the norm. The latest world quality report from consulting firm Capgemini shows that only 28% of test cases globally are automated.

Top 11 Challenges in Automated Testing & What to Do About Them >>

To keep up with mobile market demands, dev and test teams need to be Agile. You can't be Agile and do only manual testing. There's simply not enough time.

Automation is a MUST HAVE if your company does app releases every few weeks. Automated tests can be done quickly and be repeated at no additional cost. Test automation also allows a company to test many devices and platforms simultaneously through one script. Overall, test automation benefits are numerous.

As a result, this boost in test coverage means your team will get more tests executed earlier and prevent app defects from making it into production. Oh, and your chances of becoming a 5-star app just went up.

In the end, if your team wants to avoid the brand-damaging two-star reviews and angry customer tweets that have afflicted major airlines, banks, and retail chains, it'll take a strategy that uses at least 75% automated testing and challenges the app with performance testing on real devices with real user simulation on an always-on, cloud-based lab.

Test automation is key to building 5-star apps. And Perfecto can help you do it.

See for yourself how Perfecto will help you improve test coverage, go beyond functional tests, and make sure your app works great.

This blog was originally published on September 19, 2018 and has been updated for accuracy and comprehensiveness.