How to Do Single User Performance Testing With Perfecto

What Is Performance Testing?

Performance testing is a type of non-functional testing. It tests the quality of an app under varying capacities.

Performance testing is critical because it provides insight into the different aspects of an app, such as speed, stability, and scalability. Without it, users may encounter poor usability.

Too often, performance problems arise late in the application lifecycle. The later you discover them, the greater the cost and effort to resolve them.

The planned line (solid) indicates the expected outcome when the application is developed with a carefully-factored process. This typical application deployment benefits the business immediately, as long as there are no performance problems.

The actual line (dotted) shows what more commonly happens — when development and deployment targets slip (striped diamond). Significant time and resources are involved in trying to fix performance issues in production. This is bad news for the business because the application fails to deliver the expected benefits.

Traditional load testing does not put much emphasis on bottlenecks on the client.

Post-digital transformation, more than 60% of traffic now comes from smartphones. These devices have limited memory and CPU, with a wide range of specifications provided by a variety of vendors.

Also, these devices are exposed to environmental conditions and real user conditions that affect application performance such as:

Overall, no matter how good a server and server infrastructure are, app performance depends on the client-side too. That’s where single user performance testing comes in.

All these capabilities are easy to add to your test and become visible in Perfecto’s test reporting and failure analysis, which is designed to help identify and drill into issues.

How to Do Single User Performance Testing

Now, learn how to get started with single user performance testing.

Single user performance testing needs to take into account all of the factors that could impact the end-user experience across all tiers, including last-mile networks and client devices. 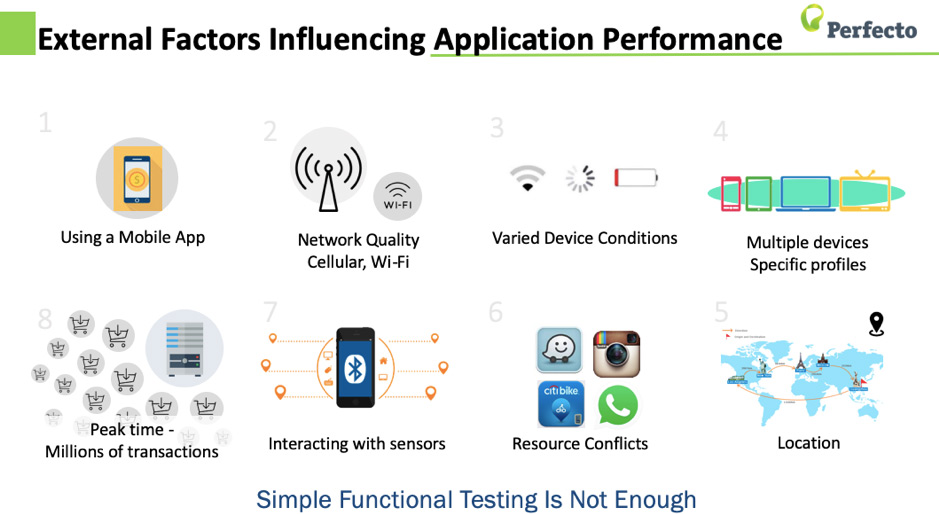 All of these variables should be considered in the test scenarios and they should all be automated since the time to test is very limited. SLAs for acceptable user experience should be set (e.g., time to login, time to accomplish a task) and measured in all scenarios.

Related Reading: How to Decide Which Types of Test Cases to Automate

In the below example, we will evaluate Etihad Airways’ web application performance metrics.

We have selected two transactions:

Perfecto’s real user simulation offers the following abilities to extend coverage to real user conditions when testing user journeys or flows. The test will have the following sections:

//Throttle Network and Capture Traffic - In this example, HAR captured only for Android since Etihad IOS app expects trusted certificate

Perfecto provides page load time as User Experience Time (UX) with the help of visual functions (OCR and image analysis). In other words, the timer will wait for specific text or an image to actually appear (be rendered) on the screen.

In our example, on launching the Etihad app, the web timer will wait for the text  “One Way” to appear on the screen. Perfecto page load time will be comprised of:

NOTE: The reference text or image should be the last component on the page that was loaded. 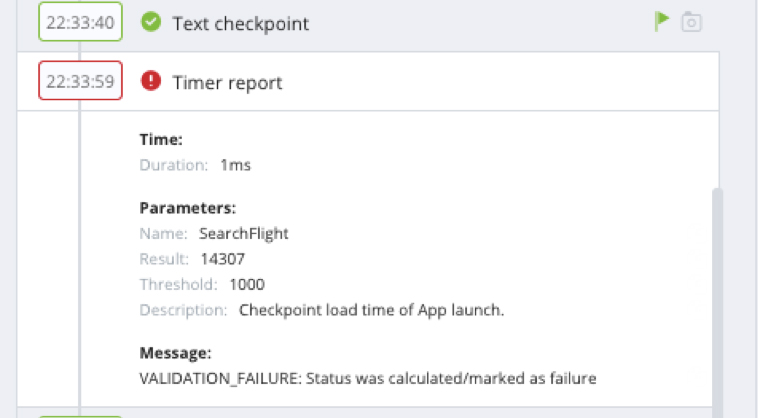 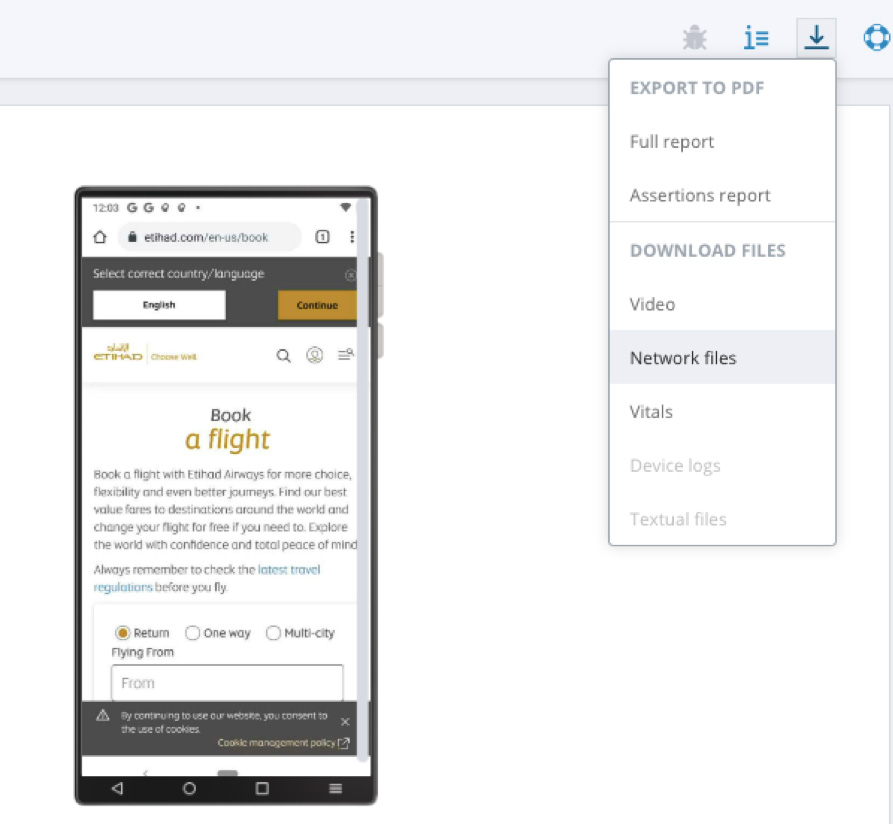 Using a HAR file viewer allows you to view HAR files. These files allow developers and testers to learn what actually happens when a transaction is executed and to help find performance bottlenecks and security issues in the original and third party code.

Related Reading: How To Use a HAR File to Find The Hidden Performance Bottlenecks in Your App

In this example, we have used HAR viewer, a free web-based tool showing a waterfall graph of all the calls with the ability to drill down to a specific request.

The above figure is network traffic for a banking wallet app, captured as part of single user performance testing to analyze the performance metrics for a login transaction below.

In the example above, the script reported 10.5 seconds as the page load time for the login transaction. Let’s drill down with the help of network traffic.

Network Time — Total time spent in the network to transfer and receive the packet. 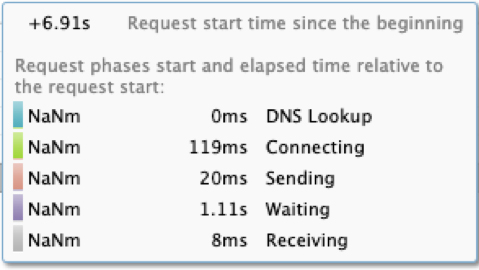 Network Time = Sum of DNS lookup + connecting to server + sending bytes +  receiving bytes of each API (excluded parallel request, as it sent as a bunch).

So, the login transaction APIs took 8.44s to process, spending 1.6s in the network to transfer and receive the packet.

Summing It All Up

So, the final breakdown of the reported page load time will be as follows.

Get Started With Performance Testing in the Cloud

Single user performance testing identifies bottlenecks at the user experience level. It is a critical step to providing better experiences for all users.

A cloud platform, like Perfecto, can help you execute single user performance testing on all the devices you need — and automate at scale.

With Perfecto, you can also…

See for yourself how Perfecto can improve your performance testing. Get started with a free 14-day trial. 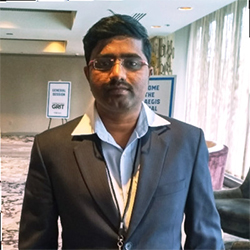 Guruswamy is the Technical Account Manager at Perfecto. He spent overall 15+ years in IT, with a focus on functional, automation, and performance testing. Guruswamy is a DevOps practitioner and has hands-on experience with multiple industry-leading automation and test management tools. He is an experienced automation architect and has built organizational automation frameworks in alignment with product quality, velocity, and cost effective solutions for the Agile methodology. He is also as a performance test specialist who has signed off many enterprise-grade applications by simulating real user environments and network conditions. You can find Guruswamy on Facebook and LinkedIn.