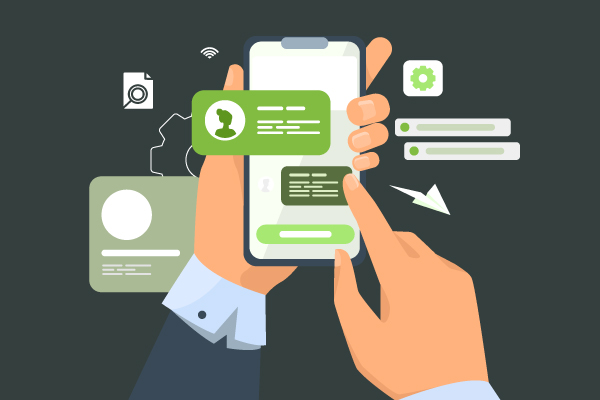 Automating Mobile App Testing: How to Get Started

If you’re ready to move from manual to automated mobile testing, you’re in the right place.

Keep reading to learn how to get started automating mobile app testing. In this article, you will learn about...

Why Should You Be Automating Mobile App Testing?

Automating mobile app testing is key to testing faster and extending test coverage, both on platforms and test scenarios. Mobile app automation is notoriously complex, but most test cases can successfully be automated.

Automate Wisely: Where to Start

When done incorrectly, automation can be flaky and so time consuming it’s not worth the effort to set up. You want to avoid this to get as much ROI out of your automation as possible.

That being said, if you’re just getting started with automating mobile app testing, it is recommended you start small. Don’t try to automate everything at once. In fact, you won’t ever be automating all of your tests.

So where do you start? When you are testing mobile applications, it is recommended that you start automating on three specific types of test cases: unit tests, integration tests, and functional tests. These should be a priority for automated mobile testing, and they are a good starting point for someone just getting started.

Unit testing is the fastest method of testing. These tests are highly reusable, and they are easier to debug, typically with a low cost to fix.

Integration testing makes sure that everything works as expected on interfaces and modules. Automating these tests is helpful because it accelerates the testing time and provides feedback more quickly.

Functional testing is another type of testing to be prioritized for automation. Automating functional UI tests can help you assess how your app functions across devices, OSes, and other variations. Given that the mobile landscape is so fragmented, this is very important.

Once you’ve decided on what tests to start automating, you need to select an automation framework.

For automating mobile app testing, you have plenty to pick from. Choose one that is reliable, aligns with your objectives, integrates with your toolchain and current processes, and complements the skillset of your team.

Here are a few test automation frameworks for your considerations.

Appium is an open source framework. It is the leading framework for mobile app testing. Appium has a very active community, which can be helpful for those just getting started with automation.

Espresso is another open source framework for mobile testing. But this framework is Android-specific. Created by Google, it’s ideal for Android UI testing.

XCUITest is an open source testing framework, but only for iOS apps. It’s developed and maintained by Apple and is ideal for iOS-specific UI test automation. XCUITest is a developer-friendly framework for unit and functional testing.

Quantum is an open source framework spearheaded by Perfecto. It is a BDD testing framework. That means you don’t need to know code in order to write test scripts. You can create test flows in plain language with Quantum, which is great for teams without coding skills.

Once you’ve landed on a framework and you’re ready to execute your tests, you’ll have a few decisions to make.

The first pertains to the types of platforms you’ll run your tests on. Will you execute your tests on real devices or virtual devices, such as simulators and emulators? Or, will you use a mix of both?

Virtual devices are limited in their testing capabilities when compared to real devices. You cannot test real device conditions on virtual devices, like battery consumption, so it is impossible to gauge app performance.

Because testing is limited on virtual devices, bugs can slip through if they are used exclusively in your testing strategy.

It's important to use real devices in mobile testing to:

Use Both Real & Virtual Devices

Real and virtual devices complement each other. That’s why it is a recommended best practice to use both types of platforms in your mobile app testing strategy. Tests should be spread between emulators/simulators and real devices, based on the build phase.

In the early sprint phases, when the features are only shaping up, it makes a lot of sense to run smoke tests, unit tests, and other fast validations against virtual devices from the developer environment.

Later in the build process, when the coverage requirements and the quality insights are greater, launching the full testing scope in parallel against real devices is the right way to go.

Your other consideration for test execution is whether to execute tests in the cloud or on the premises.

We recommend testing in a cloud-based environment for a number of reasons. In general, on-prem testing is more limiting. Cloud-based solutions offer teams more flexibility and other benefits.

Related Reading: Cloud Testing Is More Critical Than Ever

If you’re getting started automating mobile app testing, give it a try with Perfecto. In the cloud-based testing platform, you can automate tests at scale across both web and mobile. With end-to-end testing support, it’s a great way to get started with automation.

Start your free two-week trial today. In it, you can:

See for yourself. Give it a try for free today.