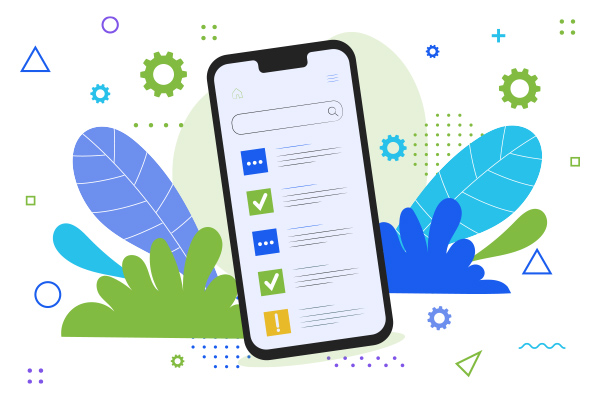 Mobile app testing is notoriously complex. With so many device and OS variations, with different functionalities across them all, you have a lot to cover when testing mobile applications.

Keep reading below to learn more.

The first thing on your mobile app testing checklist is determining whether the tests will be manual, automated, or both. High rates of automation are the goal of continuous testing. But not all of your test cases will be automated. So, which types of test cases should you automate?

When it comes to manual vs. automation testing, prioritize automating the tests that will give you the most ROI. Tests should be automated if…

Unit tests, integration tests, and functional tests are the ones that should be automated first. Tests should be conducted manually if they are not run often or are subject to change.

Appium is the leading framework for mobile app testing automation. It works on both Android and iOS apps. You can test mobile native, web, and hybrid app tests with Appium.

Espresso is an automation framework for Android apps. Espresso testing focuses on Android-specific UI and the framework is very developer friendly. Because the framework is embedded into the Android IDE, it’s easy to get started with.

XCUITest is a mobile test automation framework for iOS. Being iOS-specific, XCUITest is entirely developed and maintained by Apple. The framework is embedded into the XCode IDE which also makes scripting fast.

Quantum is a BDD testing framework. It can be used for both mobile and web testing. You don’t need to know code to write test scripts with Quantum. You can create automated tests in plain language.

You also need to decide which platforms you will execute your tests against. Will you use real mobile devices, or virtual ones? We encourage using a mix of both as a best practice.

Virtual platforms test faster than real devices and they also help you shift testing left. But simulators and emulators should be saved for testing in the early stages of development.

Nothing can replace real device testing. Real devices simply catch more bugs than virtual platforms. When you test early on with virtual devices, use real devices later on in the test cycle for end-to-end UI tests.

Functional testing is the basic testing activity that ensures that all the features of your app work as they should. It is fundamental to assess that your app functions as expected across devices, OSes, and other variations.

Related Reading: What Is Functional Testing?

Performance testing ensures that your app performs as it should in different circumstances. It also makes sure these functions work under different types of conditions.

Don’t forget accessibility testing for your mobile apps. Not only does it make your app accessible to all users — it’s also the law. Violating accessibility regulations could result in big fines.

In your automated accessibility testing, be sure to test...

Usability testing should include…

Compatibility testing ensures that your mobile app works across different devices, OSes, and generations. Given the fragmented nature of the mobile landscape, prioritize testing against the most popular mobile devices and OSes in your region. You can find that data in our Test Coverage Index.

Users want to know that their digital experiences are secure, and that’s where security testing comes in. Security testing ensures that sensitive information and data remain safe.

In your security testing, test for…

Now that you know how to test an app, give it a try with Perfecto. It’s the world’s only end-to-end continuous testing platform for web and mobile apps. And it allows you to do your automated mobile testing at scale in the cloud.

Start your free trial. In it, you can:

Give it a try for free today.