Codeless Automated Testing: Everything You Need to Know

Codeless is the next big thing in test automation. Whether you’re already using codeless automated testing or beginning to explore it, start here.

Consider this your guide to codeless automated testing.

Codeless test automation has become a top priority for testers, as well as the developers that aim to expedite their test creation and maximize testing reliability. These professionals are looking at codeless testing as a preferred solution to embed into their testing responsibilities.

Codeless automation relieves developers and testers from the time-intensive coding required in manual testing. This gives them time back to focus on product development and innovation to help accelerate testing in the SDLC.

What Is Codeless Test Automation? How does codeless Selenium test automation differ from code-based Selenium? Take a look at this breakdown. How Does Codeless Testing Work?

During the codeless automation process, testers don’t need to know how to code. Instead, they leverage specialized tools to help develop the proper test scripts. Codeless testing does still require testers to have an understanding of software testing as a whole as well as product development insight.

Codeless Testing in the Cloud 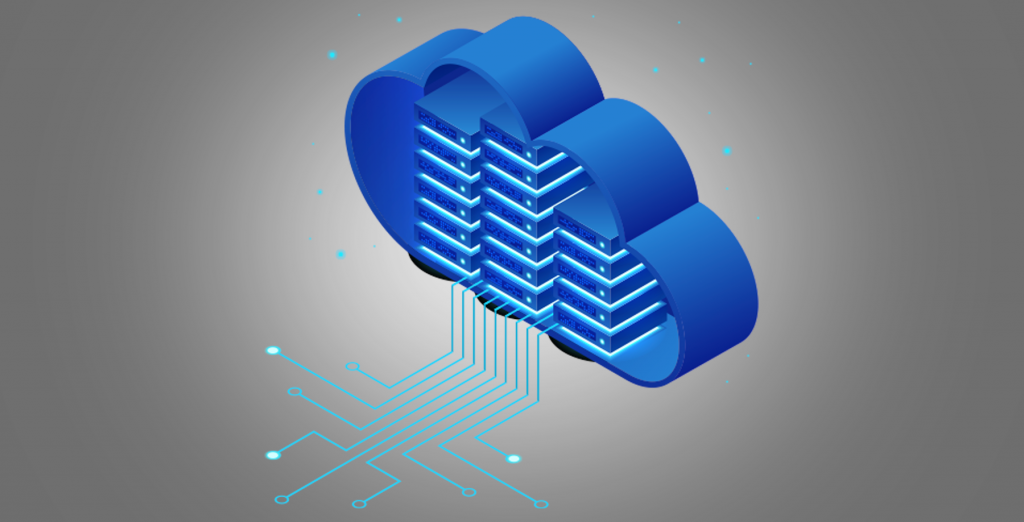 How to Get Started With Codeless Test Automation

When starting with codeless Selenium, it’s best to identify the tests that are manual or challenging to implement. Automating those time-consuming tests will give the biggest benefit to your testing team. Furthermore, focusing on tests that tend to be “flaky” is a solid place to start, as inconsistent results can eat up valuable testing resources.

Keep in mind that as you implement codeless testing you will have a combination of code and codeless tests working in parallel. Also be aware that depending on your testing framework, there are specific codeless automation solutions available.

5 Ways to Get Started With Codeless Selenium 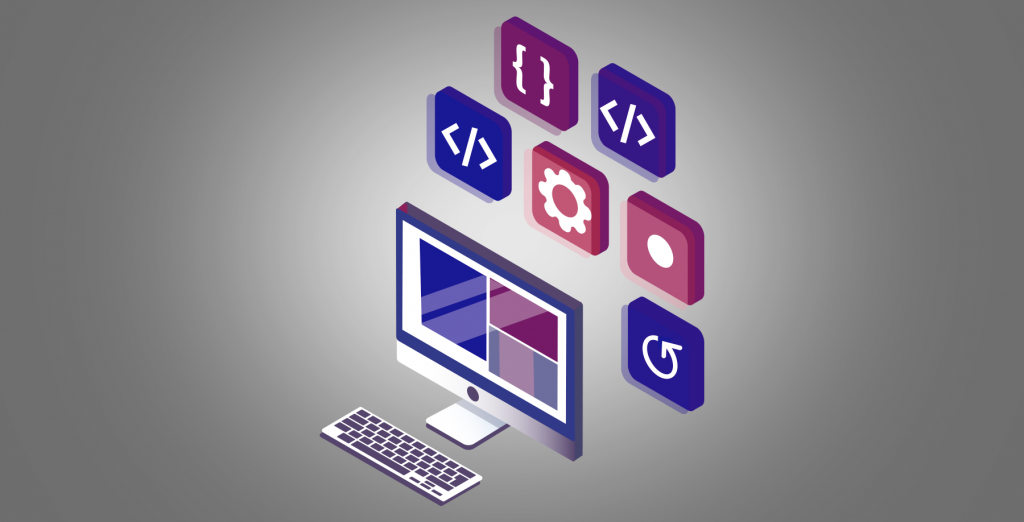 How to Pick the Right Codeless Testing Solution for You

Choosing the best codeless testing solution for your enterprise is an important decision. When analyzing different codeless testing options, start with your team and processes. Understanding your current testing landscape, challenges, and technology will help your organization select a codeless testing platform that meets your business’s unique DevOps requirements.

Codeless testing is evolving at a rapid pace, so we recommend investing in a platform that is future-focused, with machine learning and artificial intelligence built in. We also recommend paying close attention to the analytics and reporting features of a codeless testing solution, as the future is all about data and clear dashboards. 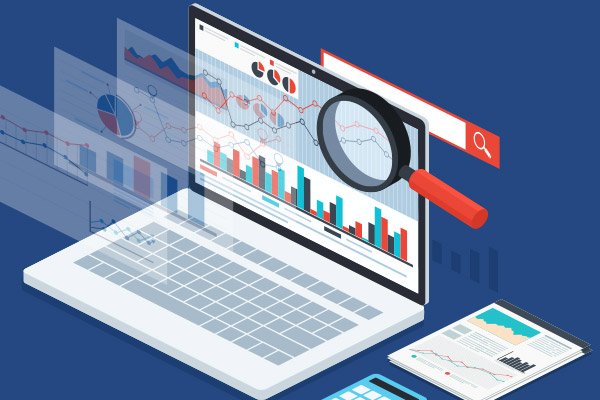 Take Codeless Testing to the Next Level

Today’s codeless testing tools rely on AI and machine learning (ML) for things like error classification, self-healing, and continuous scripting — but that is just the start. The future of codeless testing is approaching quickly, with advancements rolling out at a consistent pace. It won’t be long before codeless testing dominates a significant share of the entire DevOps and testing process.

To be a part of the codeless test automation revolution, taking your testing to the next level now is the best step. Reduce time and resources spent on manual, tedious testing. Instead, explore implementing codeless into your existing DevOps cycle. 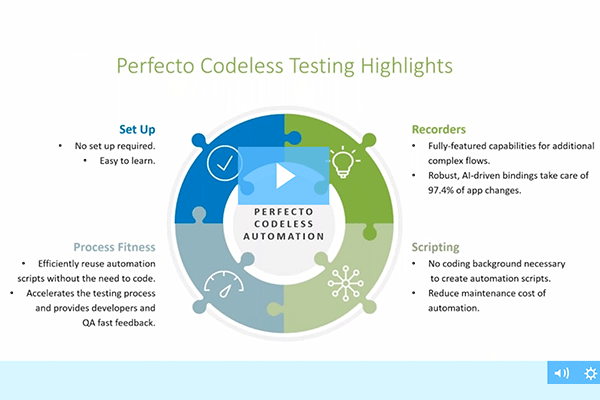 For teams that want to move faster on automation, Perfecto Scriptless offers the following benefits:

ML capabilities address object maintenance issues within code. If code needs to be deleted, moved, or changed, it will happen agnostically to the test script – without delaying the process.

As one of three components of Perfecto’s full automation platform, all components of the testing process are connected – from creation to execution and analysis.

Codeless automation in the cloud

Perfecto delivers codeless test automation in the cloud, allowing teams to manage the pace and demands that come with test automation. It also provides the necessary flexibility, performance, and scalability needed to ensure quality throughout the SDLC.

Automated testing is essential for modern DevOps teams to keep pace with the critical demands of today’s software market. Teams can move even faster with automated testing that is reliable and requires no coding thanks to codeless test automation.