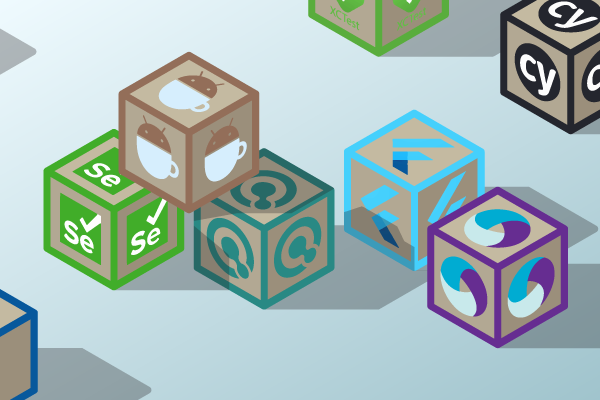 While manual testing will always exist to some extent, organizations must strive toward test automation rates of 75-80% and beyond for mature DevOps. Automation frameworks can help.

Keep reading to learn the basics of testing frameworks and how automation can help you release faster.

What Is an Automation Framework?

Some teams create their own automation frameworks to fit their needs. But most rely on open source automation tools. Our recently published State of Test Automation report found that 84% of teams utilize open source frameworks in their technology stack. It comes as no surprise that so many teams do, given the many benefits they provide.

Benefits of Utilizing an Automation Framework

There’s a reason that so many testing teams have adopted automation frameworks.

Most automation frameworks are open source, and thus free. Some operate on freemium models, with advanced features available within a paid version.

Get your free copy of The Complete Guide to Mobile Automation Testing.

Most automation frameworks are backed by dynamic and committed communities with robust documentation and steady support. If you run into a testing problem, you have plenty of resources and individuals available to consult online.

Automation frameworks can streamline your testing for more efficient test cycles. Frameworks automatically run tests after the completion of others, reducing downtime and manual intervention.

By automating more of your tests with an automation framework, you can extend test coverage beyond what would be feasible with manual testing alone.

Download your free copy of the Test Coverage Index.

Types of Automation Frameworks to Consider

Not all automation frameworks are created equally. Learn about the different types and how they are used.

This type of framework is also known as a record-and-playback framework. Testers don’t need to write custom code for linear automation frameworks. Instead, testers can record sequential steps, which are then played back when executing the test.

Modular driven frameworks approach test automation differently. These automation frameworks break apart the application under test into different sections, which are then tested independently before they are tested as a whole. This makes it easier to adjust test scripts without impacting the entire app.

Behavior driven frameworks are built off the software development process behavior driven development (BDD). BDD testing is an Agile methodology and collection of best practices. The main benefit of BDD is that it’s written in plain English, meaning you don’t need to write test scripts.

Data-driven frameworks work by separating data and test scripts. Data is stored externally, which enables the reuse of test scripts with multiple data sets. And when changes are made to the data or test scripts, it doesn’t affect the other component.

Keyword-driven frameworks work by assigning actions or objects to individual keywords. These are compiled into a function library, and can be reused across different test scripts.

Hybrid testing frameworks combine all features of the above frameworks into one. In this way, it takes advantage of all the benefits and best features of each type of framework.

Get a sense of the top testing frameworks available for web and mobile app testing.

Appium is the leading automation framework for mobile app testing.

Selenium is the leading automation framework for web app testing.

XCUITest is an automation framework for iOS mobile apps.

Cypress is a front-end dev friendly framework for testing your web apps.

Automation frameworks can get you set up for automated testing. But that’s just half the equation. You also need a place to execute those tests — such as a testing cloud, like Perfecto.

Perfecto has integrations to whichever framework you use, including Selenium, Appium, Espresso, and XCUITest. With Perfecto, you can execute your tests with an automation framework of choice against cloud-based devices and VMs.

See for yourself how Perfecto can help you add efficiency and even more automation to your testing processes. Get started today for free.